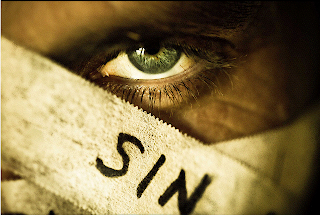 The man who currently occupies the White House made what many in the media dubbed a "momentous revelation" this week: he supports same-sex marriage. Of course, the only real surprise about the issue would be if anyone in the country actually felt he'd believed any differently all along. In fact, he's done nothing this week except fall back - after many politically-motivated equivocations and flip flops - to the position he had before he first ran for office in Illinois.

But, as a result of his announcement, the topic of "gay rights" has been all over the news the last few days. And, because of that, I've had to figure out how to answer my young daughters' questions about the topic and the president's beliefs...just as I had to negotiate the ugly truth of his pro-abortion views back in 2009.

Contrary to the inaccurate stereotype leveled against those who home-educate, I have always fully intended to discuss the full gamut of controversial social issues with my daughters in due time; in fact, given that they'll need to live as Christ-followers in a culture increasingly antagonistic to Judeo-Christian values, I'd be remiss if I didn't. I'm saddened that current events have forced my hand on the matter before I really felt it necessary, and so I'm choosing for now to simply answer direct questions and leave it at that. But doing that has caused me to think through what I believe to be a holistic, biblical position on the matter, which I share here in a particular way for a specific purpose:


God's only authoritative Word, the Bible, says that we've all sinned and, thus, fall short of His standard (i.e., perfection).

For some, one particular sin-pull is an inclination toward _____.

God clearly says in the Bible that _____ is sin. It's not a "worse" sin than any other, but it is sin nonetheless.

A person may subjectively feel as if he's been "made that way" and, thus, believe he has no choice but to live out his inclinations. But, since God names _____ as sinful and He is without sin, that's simply not possible. Instead, the sinful inclination is simply one tragic result of our fallen world - i.e., people's attraction to _____ boils down to how everything, including genetics, got messed up (compared to God's intention) as a result of The Fall. Thus, nothing now is as it was meant to be.

Our culture has tried to sanitize _____, but whenever there is a difference between what people say and what God says, the ultimate authority for one who claims to follow God must be His Word.

Despite the seriousness of the sin of _____, God doesn't hate those who participate in it. Rather, He loves every person and desires nothing less than the redemption - through Christ - of each one.

God doesn't expect us to jump through behavioral hoops before coming to Him. In other words, a person needn't fix herself all up - getting rid of _____ and every other sin - in order to become "acceptable" to Christ. In fact, that's impossible and the reality is just the opposite. All that's needed is to believe in one's heart and say with one's mouth, "Lord, I'm a sinner and I know it. And I know that Jesus is the only one who can cover all my sins. Please let me be Yours through Him."

If such a confession has been made with true faith, God's Holy Spirit immediately comes to reside in the person's soul and will serve as the believer's "conscience" and daily guide.

The Holy Spirit will not - cannot - lead a person towards desires or behaviors that contradict God's Word. Again, the Word is the final authority. Thus, a person cannot correctly claim that the Spirit leads him to continue or justifies him in _____ or any other activity the Word calls sin.

When the Spirit comes, He immediately begins to work on a person's santification, the process (lasting our whole earthly lives) of becoming more and more like Jesus. In other words, He begins to convict the person of particular sins and to empower her to overcome them. He is gracious beyond measure and more patient than we can imagine, but He expects the believer to cooperate with what He says about each sin issue, including _____.

God knows that some of our sin problems are harder to overcome than others. Some people lose the desire to pursue _____ the moment they are spiritually saved. But for others, it's a long struggle - a thorn in the side for most or all of one's earthly life. Some may always desire to participate in _____ even if they never do again. Others might even stumble and sometimes engage in the behavior despite their best intentions. That doesn't mean such folks aren't legitimately saved; rather it's just because our sanctification is not complete until we see the Lord face to face. And God understands. He will keep lovingly working with us on the issue, and our job is to maintain our biblical conviction that our sin is truly sin and to continue desiring to overcome it no matter how long it takes. At times, we get tired and lose our energy to fight, but the overall trajectory of our lives must be toward overcoming everything God calls sin.

When we meet people struggling with _____ - even if they themselves don't see it as "struggle" - the correct response is not hatred. In fact, we sin when we hate anyone for their sin. We do need to start praying for such a person - for her salvation first and foremost - and we need to kindly tell the truth according to God about the nature of her behavior if we're asked; to do less is not loving in the grand scheme of things. But we don't need to "preach" to her about her actions. We should instead give up the need to control and simply purpose to pray and talk about Jesus, and then let Him save and sanctify.

A Christ-follower is known by his fruit - i.e., visible, noticeable changes in his life that come over time from relinquishing sin and embracing biblical choices. However, if someone claims to belong to Jesus, realizes what the Bible says about _____, and yet still chooses to consciously engage in, justify, and even lobby for its legitimacy, we must wonder about that person's actual allegiance. A true Christ-follower may struggle with obeying, but he does not actively promote that which God says is sin.

Of course, the "easiest" sin with which to fill in the blanks above is "homosexual behavior," but it's not that simple. In fact, it is unequivocally true that homosexual behavior - while definitely sin according to God - is not a worse sin than any other. Thus, the blanks could be filled in with anything God labels as sin: greed, gluttony, lying, gossip, stealing, malice, or lust, just to name a few. Are you brave enough to go back and read the piece again with your most besetting sin issue in mind?

With that in mind, there's nothing judgmental about anything I've said because I know full well it's all true of my particular sin propensities, too - and I will tell my girls the same thing of their own areas of struggle. So the accurately biblical position on homosexual behavior is to acknowledge the reality that it is sin while simultaneously refraining from the condemnation of those caught up in it (i.e., thinking or saying that they are "irredeemable"). Instead, we need to provide a compassionate explication of the truth according to God while never forgetting that each one of us has other sin that is just as serious in His eyes. In that light, I can rightly discuss with my children the speck in the eye of a person engaged in homosexual behavior - or in the eye of the president who endorses such activity while concurrently claiming to be a Christian - because I am fully aware of the plank in my own.