Making the Best of Things 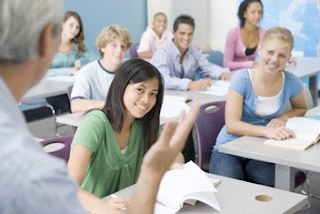 Multiple intelligence theory shows that young people who are highly word- and/or logic-smart perform best in school. In other words, schools – with their traditional reliance on lecture-style teaching, textbooks, and worksheets – are generally designed to cater to the innate learning preferences of word- and logic-smart kids. Of course, that doesn’t mean such children are “smarter” – or that kids with other primary learning strengths are “dumb.” But, sadly, children whose main strengths are something other than logic- and word-smart often feel marginalized because they cannot “compete” with their “smart” peers. And, of course, when kids feel bad about themselves, they tend to act out. Thus, it’s not a huge stretch to conclude that the traditional school set-up contributes to kids’ behavior issues.

Obviously, the exhibition of poor behavior is a multi-faceted, complicated problem, and the school environment is not entirely to blame. It’s equally true that changing the system as a whole would be like turning the Queen Mary in a bath tub. However, that doesn’t mean individual teachers are powerless.

When I was teaching at a large, urban high school, my class rosters were nearly identical to those of one of the science teachers. The kids came from new-immigrant families, and some were quite poor. Each was undertaking the difficult task of learning English as a second language while simultaneously trying to earn a diploma. Some hadn’t been in school for years, and a few were gang wannabes. One or two were active gang members.

Nevertheless, I viewed them as “good kids,” and I enjoyed my time with them. They pleasantly interacted with me, generally put forth good effort, and made progress. But to the other teacher, they were “awful, rotten kids.” She railed against their refusal to pay attention in class,  “laziness,” and inability to pass even the “easiest” quiz. It was as if they changed from Jekyll to Hyde while making the trek from first floor to third.

I was far from the “perfect” teacher. But in hindsight I’ve noted that the other teacher and I had created vastly different classroom environments. Hers was quite traditional. In fact, she expected the kids to function rather like robots in terms of the expected daily procedures. Word- and logic-smart kids managed; the others did not. And they expressed their displeasure by acting out.

In contrast, I’d devised an interactive workshop format and incorporated learning tasks that purposely catered to every one of the multiple intelligence strengths. My classes – in the language arts – were not “easier” than the science courses (I was required to teach Shakespeare, for example). But I packaged things differently. That motivated the kids to behave so they could learn.

Any dedicated teacher can similarly make the best of things within the system and find ways to meet every child’s learning needs. If you do so, you’ll reap the rewards of better behavior, promote better learning, and make your experience and that of the kids better all around.