Deciding: An Element of Competence 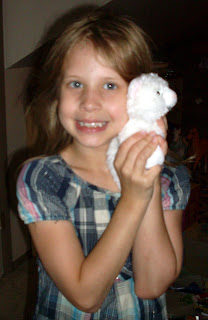 My daycare kids, daughters, and I recently took some field trips. I’d budgeted for each child to purchase a small souvenir at each gift shop, a treat with which all were naturally delighted.

First at the botanical garden and then at the zoo, my older daughter and both daycare girls browsed for just a few minutes, admiring rings, balls, and stuffed animals before quickly and happily choosing. For eight-year old, Abigail, though, it was a different story.

At the garden, she lingered at the display of ceramic animals, honing in on a tiny rabbit and two birds. She’d instantly fallen in love with all and felt paralyzed with indecisiveness. After agonizing to the point of tears, she surveyed the other girls. But, even after all agreed on the best choice and she concurred, she still wavered, unsure that she’d chosen wisely.

Similarly at the zoo, she found three adorable stuffed animals – leopard, bear, and alligator – and couldn’t choose between them. She tried “eeny-meeny-miney-moe,” again took a survey, and wept before finally deciding – many minutes later.

Neither situation was about greed. Instead, her indecisiveness pointed to her nature smart and sweet sensitivity – she didn’t want any animal to “feel bad” if she left it behind. But, sadly, it also indicated that she doesn’t trust herself to correctly decide, even on simple matters of personal preference. And these incidents highlighted for me a worrisome, similar pattern I’ve lately noticed in her elsewhere.

After she ultimately chose the bear, though, clarity came as she cuddled it on the drive home.

“Momma, I just figured it out! Last week’s rabbit and this bear were the only ones of their kind in the shops. So that’s how I’m going to decide from now on: ‘To make up my mind, choose the one of a kind.’ That way, I’ll give a home to someone who has no one else like her in the store. The others all have friends just like them.”

Peace washed over her. This understanding – and the fact that she’d devised it on her own – made all the difference! It fit her personality and multiple intelligence strengths – she’s also word smart and loved the rhyme – so it gave her confidence in this one small area.

My plan now is to remind her of this the next time she can’t decide on something else. Perhaps she’ll be able to develop similar tools for different situations. Little by little, she can gain confidence in deciding for herself in small matters – a crucial skill she’ll need later in much bigger endeavors.

*****
Post Script: In the photo above, Abigail is holding the toy she chose at our visit to a farm a few days after I originally wrote this article. She recited her little rhyme when we entered the gift shop and made her decision in a matter of minutes. Not one tear of angst or regret was shed!