The Day I Became a Patriot 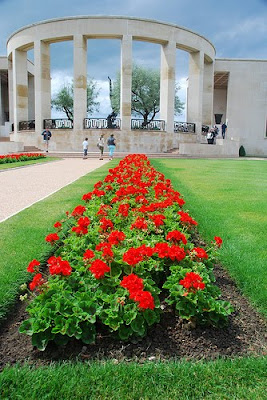 When I was in my twenties, I was stupid.

I took almost everything I heard at face value. I didn't realize that the phrase "Christian feminist" is an oxymoron. And I was not proud to be an American.

I'm too young to have known anything about Watergate first-hand. I merely recall seeing President Nixon on TV one night and then sometime later watching him leave the White House "for the last time," according to the reporter. I'm also not old enough to remember much about the Vietnam War. My only recollection is seeing one television news story in which people were being lifted by helicopter from the roofs of what I thought were office buildings; I later learned that was the evacuation of the U.S. Embassy because we'd lost the war. I vaguely recall some events of the late seventies - the oil crisis, 21% interest on a home loan (which I knew was bad even though I didn't understand why), and a seminal event of that decade: the taking of American hostages at the U.S. Embassy in Iran. I felt sad and scared by the nightly news; it seemed to me that President Carter was embarrassed to be an American and that he was suggesting (in his depressing "fireside chats") that I should be, too.

Of course, I also lived through the Reagan years, when, in a sense, patriotism was re-born. But by that time, I was in college at a state university - subjected without even knowing it to an undercurrent of liberal, America-bashing rhetoric through the words of many of my professors and the books they assigned. Those subtle ideas mixed with the subconscious angst I'd absorbed as a child, and I entered my adult life believing that Americans had probably done more harm than good throughout our history. And I walked through my twenties that way, unabashedly pointing out every wrong I could see and discounting anything others pointed to as good.

And then I went to France.

It was a missions trip, actually - a visit to encourage the missionary couple sponsored by the church I attended at the time. My husband and I went with eight others to share the Gospel through concerts arranged by the missionaries. At each venue, we sang and performed dramas, and then one of us shared about how we'd come to know Jesus as Savior; sometimes the missionary or a French pastor gave a sermon, too. We had "shows" in Paris, a little town called Houlgate, and in an abandoned church on a Normandy beach. And, as with every short-term missions trip in which I've participated, we also had the opportunity to "play tourist" a bit. So we had a whirlwind tour of Paris one day and visited museums along the Normandy coast on another.

By that time - when I was 29 - I wasn't ashamed to be an American. Just apathetic. So I didn't mind going to the Normandy sites; I just didn't think it would be very interesting. Thus, unlike my husband and most of my teammates - among them a Navy vet - I browsed the museum exhibits with an attitude of thinly-veiled boredom. And when they all stood awed in a German bunker - seeing the same view the Nazi soldiers had of the beach while Americans surged onto the shore - I remember thinking, "Is it time to go yet?"

But then we went to the cemetery.

I do not know what came over me; really, I think it was God knocking me upside the head a bit and saying, "Look, Tina."

My husband and friends moved slowly among the endless rows of grave markers, reading some of the inscriptions. I simply stood in one spot and silently wept, overwhelmed by the immensity of the sacrifice made by so many men. And ever since, I've tried never to take for granted what our American freedoms have cost.

In the grand scheme of things, my "conversion" to patriotism is so much less important than my conversion - several years earlier, at the beginning of my college career - to Christianity. After all, though I now stand firmly on the conviction that America is a great nation, it is, of course, not a perfect place - because it's led by and filled with people who are no less sinful and fallen than anyone else around the world. This is but my temporary home, a sojourn on the way to my ultimate destination in Heaven, where I hold eternal citizenship because of what Jesus did. And America will one day fade away.

But - regardless of what shame-faced liberals preach - it's simply true that God ordained America's existence and that, in fact, our founders had in mind their freedom in Christ when they sought to create a free land here. The Lord has sustained us by His mercy and for His purposes. And the men and women who've served - and especially those who've given their lives defending the good, Godly ideals that ground this nation - deserve my thanks and respect...and a whole lot more.