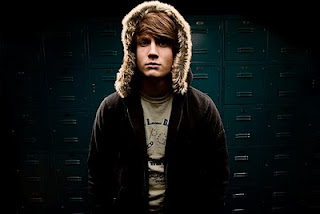 I’ll never forget the day I learned that Michael had been arrested. During the last week of summer vacation, Michael – a boy who’d been my student for a short time at the end of his eighth grade year and was scheduled to be in two of my classes for ninth grade – had gone out cruising with some of his “buddies” and ended up being the triggerman in a drive-by shooting. Thankfully, the victim survived, but 14-year old Michael was tried as an adult because of a “gang enhancer” clause in the law, a penalty he “earned” because of his extensive gang involvement – beginning at the age of eight! – in the state where he’d previously lived.

Michael’s classmates were abuzz with the news; I daresay language arts gave way to a civics lesson and “group therapy” that day! We’d all known about his gang involvement, and some of his classmates were either similarly connected or toying with the idea. But the prevailing question from the others was, “With all the risks and negative consequences, why would someone choose to join a gang?”

In a word, belonging.

Michael sought to belong, and he thought he found that in his gang. He didn’t have it at home. His mother didn’t know or care how to parent – in fact, she was absent even when she was present because she was a drug addict – and Michael never knew his father. He didn’t have it at school. For some reason, he’d never learned even the most basic skills and so – probably out of mounting frustration – he’d acted out so badly that he’d been expelled from not one or two but three schools before his mother sent him packing to live with his reluctant sister in my city.

Up until the shooting, he was sure he “belonged” with his gang. In fact, he took up the gun at the request of the leader because he was sure it meant he “really belonged.” But he was apprehended because one of his homeboys ratted him out. And, of course, no one from the gang attended his trial or visits him in prison.

When it comes to gangs, young people obviously must take personal responsibility and consciously choose to avoid them. We adults go a long way toward helping them in that endeavor by providing honest information about the perils and costs of gang involvement. But the best thing we can do is foster belonging – real belonging – in our homes and classrooms. The child who truly belongs in healthy groups will escape the negative alternatives.