Language Arts for Little Ones 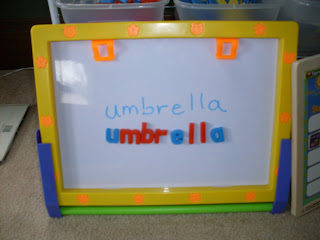 Yes, I've been away from The ChatterBee for a long time - nearly six months, actually! That's a long story I'll maybe share another time. But, suffice it to say I'm back now - and I intend to keep it that way! :^)


One of my struggles over the past few months was finding time to juggle everything I want to do with my days and - unfortunately - one of the main casualties was making contributions here (and even on my regular, personal blog, for that matter). But I began to grab that bull by the horns at the end of March and am making progress with getting more balance. (Now, never mind that I'm writing this at 10:15 PM; at least it's not midnight, and at least I'm writing!)


Though I've been away from here, I've certainly not abandoned All About Spelling. In fact, I recently hosted a table at our local curriculum fair and happily promoted AAS to most of the many visitors who stopped by. And my girls - who are now almost eight and almost nine (How on earth did that happen?!) - continue to make steady progress with the program. We're near the end of Step 14 in Level 2 now, and I continue to believe that an effective tagline for AAS could be, "Real spelling mastery...without tears!"


But today I've been thinking of my preschoolers - my two little daycare girls, Anna and Nell. Each is three years old (though Nell is - as she'd be sure to point out if she were here - "almost four, Miss Tina!"). I do preschool activities with them most days, and - quite by accident - I earlier this year hit upon a technique that has very simply but quite effectively helped them practice letter recognition.


Anna and Nell are not my children, but they kind of function as younger siblings because they're here a lot. And, as such, they've soaked in some basic academics earlier than is normal (or necessary) just by being exposed to our homeschool. So they both recognized many of the capital letters way back in September - before Anna had even turned three - without any formal instruction (by me or their parents).


So one day - just for fun - I spelled out a word related to that week's unit study on our white board, set out the corresponding magnetic letters, and had the girls take turns matching them to the written letters. We went in order from left to right, of course, and named each letter as we went.

It was a very simple exercise that I didn't intend to do on a regular basis...but the girls took to it so well that they soon expected a new word each day! In fact, they now delight in trying to figure out - based on our circle time story - what the word of the day might be.


We graduated from capitals in January because I knew they'd mastered identification of pretty much every one. Now I use all lowercase letters when I write single words or phrases, and even include extra letters to see if I can "trick them" (and we often count both the letters in our words and the extras to sneak in a little math while we're at it!).


I sometimes put up mechanically-correct sentences as well. In those cases, I point out (in a most casual, "painless" way) two of the most basic grammatical elements they'll eventually need to know for real: always capitalize the first word of a sentence, and always include the appropriate end mark. I'm hoping they'll "absorb" those rules as they have so many other things...and "just know" what to do when the time comes in elementary school.


Of course, not every three-year old is ready for this kind of activity. In fact, many three-year olds don't yet show genuine interest in letters as individual "pieces" of language - and I think that's perfectly okay. I remain a firm believer in not pushing a child beyond his level of interest or ability, especially in the preschool years. Indeed, most three-year olds (and many four- and five-year olds) derive their chief language joys from simply exploring their ever-increasing oral vocabularies and being read to...often and extensively. And that's as it should be.


However, at some point every preschooler will begin to notice that words are made of letters and will begin to ask for letter names and sounds. At that point, this activity that Nell and Anna continue to enjoy might make your little ones smile, too. :^)