Do You Know What Trevor Knows? 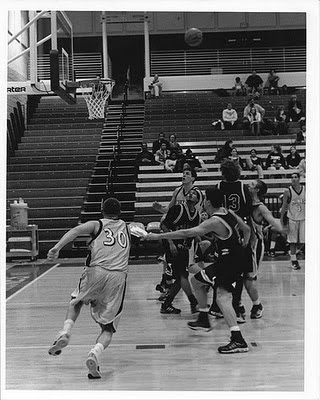 My friend Trevor is a very talented young man. A high school junior, he’s a diligent, college-bound student. He has a marvelous sense of humor and is a gifted actor. He’s a considerate friend and is extremely comfortable around and respectful towards adults. And he’s a consummate athlete, primarily on the basketball court. He’s tall and lanky – built just right to be a strong forward – and has always been a team leader. Last fall, he faithfully prepared for the impending season, anticipating many hours on the court for practices and games alike. And the first few games went very well, as he’d hoped.

But then his knee blew out. He doesn’t really know how it happened; he was just hustling down the court, and, the next thing he knew, his knee buckled, and he crumpled to the floor, feeling as if he’d been shot. The next day, he learned he faced season-ending knee surgery.

He hoped for – and secretly expected – an extra-quick recovery, believing he might be able to join his teammates for the last couple of games. However, shortly after the operation, he learned he’d need to spend 12 full weeks with his leg all but immobilized – double the recovery time the doctors had initially expected.

Such news would devastate many young people – as would similar disappointment in any number of other areas: the straight-A student who cannot pull higher than a C in Calculus; the star trumpet player who gets bumped to second-chair when a new kid moves to town; the girl whose best friend suddenly decides she’s “gross” and unworthy of anything but ridicule; the little boy whose parents split up despite his best efforts to hold the family together.

Trevor was understandably disappointed, and 12 weeks of relative stillness have been very difficult for a kid who’s almost always on the go. But even at his young age, Trevor knows an essential truth all kids need to grasp. Yes, he loves to play basketball; he also enjoys getting good grades and spending time with his friends and family. But he understands that he is not defined by any of that; in other words, he knows that the essence of who he is – his identity – is not ultimately about what he does or the various roles he plays in life. His identity is something entirely different – defined by something outside all of that. And so he’s had the inner strength to deal with a blow that causes some others to crumble. As parents and teachers, it’s imperative that we do all we can to insure that all the children in our lives know what Trevor knows.

Curious? Read the next newsletter!