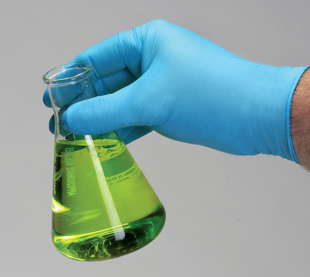 When I was in elementary school, I struggled academically, especially in sixth grade when I had a very difficult teacher for half my classes. As a result, I entered seventh grade – at a new school because my family had moved – certain I was nothing short of stupid. And because of my low grades, I was placed in remedial classes.

But that little school – tucked away in a tiny, insignificant Wisconsin community – had some phenomenal teachers. They "knew their stuff” academically. They knew how to effectively impart that knowledge to us. And they cared about kids so they took the time to get to know us individually. So – as I’ve previously described – one of my new teachers, Mr. B., took me under his wing and demonstrated to me that I had potential.

Before I knew it, I was earning solid B’s in all my classes and was poised to move out of the remedial group. And, because of his demeanor and our solid student-teacher relationship, I had the courage one day to ask, “Why won’t you give me A’s?”

He replied with the warmest, most genuine smile I’ve ever seen and said, “You will get A’s when you earn them. And you will.”

That was the perfect response to a young lady in my shoes. You see, Mr. B. and the other teachers had helped me to see my God-given intelligence and potential. And, through the gift of their belief in me, I’d begun to believe in myself. However, I was poised on the precipice of unhealthy pride, and Mr. B. knew it.

As Dr. Kathy points out, every person is smart; in fact, we are each smart in eight different ways, and each of us has a unique “mix” of the eight smarts. As adults, one of our greatest responsibilities is to help the children in our lives see how they are smart. Mr. B. and the others had begun to help me see – because, in fact, it was right that I understand my gifts and talents.

But with self-confidence we risk tripping the wire into the minefield of inappropriate pride. And I was beginning to feel entitled to certain grades simply because I’d proven I had some natural ability.

When I asked about being given A’s, Mr. B. had three choices. He could have said, “You know, you’re right. You’re working hard, and you’re not a behavior problem; I’ll bump the B to an A.” Or he could have said, “Are you kidding? You should be thankful for the B’s after what you were getting before. If you ever get an A from me, it’ll be a long time coming.”

Of course, either would have been inappropriate. And he took the correct path. He reminded me that I needed to earn the grades I received – through due diligence and effort. But he also said he believed in my potential to do so.

All these years later, Mr. B. remains my best example of the right way to approach this type of situation with children and young people – in regards to academics, sports, or myriad other youthful pursuits. Kids need to know they are smart (in several ways!). They need to know that hard work will yield improved results. And they need to know they won’t be given a free ride – but that they do have what it takes to grow and develop their skills and abilities.

So I’ll ask again – as I did in my first article about Mr. B., though in a slightly different way: Are you a B?