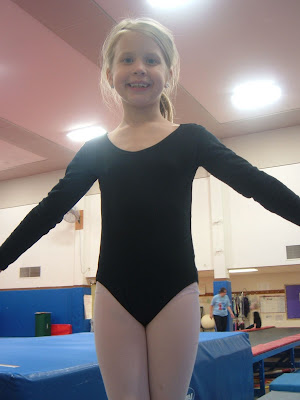 After the first lesson, Abigail’s teacher, Coach Judi, approached me. “How much skating has she done before?”

Judi shook her head in disbelief when I explained that the sum total of Abigail’s previous experience was about 90 minutes at a New Year’s Eve open skate. Apparently, Abbie had a talent that allowed her to naturally pick up skills most other kids needed weeks or months to master.

Fast forward to the end of September 2009, when Abigail, her sister Rachel, and their friend Julia scurried across the parking lot toward the rink for the first skating session of the new school year. Once inside, I helped Julia with her skates in preparation for her first-ever lesson. Next came Rachel, who’s never had formal lessons but loves the open skate times nonetheless. Finally, I came to Abigail, tightening her laces to insure that her ankles wouldn’t wobble. And then off she sped…to join Rachel.

You see, in January 2009, Abbie decided she wanted to try her hand at gymnastics. To avoid over-scheduling and over-expense, we said she could either continue to skate or start gymnastics. And so – led by curiosity in the sport she’d watched her sister work at, as well as a desire to “do something where I don’t have to get cold!” – she traded her skates for a leotard and happily jumped from the rink to the floor mat.

On that September day, as she glided out to her friends for their weekly dose of “homeschool recess on ice,” a twinge of doubt poked at me. Abbie’s thriving in gymnastics – as well as in the swimming and dance lessons she also enjoys – but she’s no longer formally developing an undeniable talent she’s been given. Should I have insisted she continue with skating instruction?

But then I quickly came to my senses. My job is not to mold Abbie into the next Sonja Henie or Kristi Yamaguchi. Instead, I need to offer her a reasonable variety of life experiences and activities in the areas that interest her, when they interest her. For a year, she was all about being a “princess on ice.” Since then, she’s had equivalent interests in gymnastics, horses, and swimming – in addition to a penchant for crafting that she’s maintained since she could hold a pair of scissors. Eventually, some combination of her God-given talents and abilities – those we see now and those still waiting to be revealed – will “stick” and will lead her toward a secure sense of purpose in life. For now, I simply need to cheer her on as she explores.

*****
POST-SCRIPT: Shortly before this article was originally published, Abigail asked about starting up her skating lessons again! She said her interest has been re-awakened and "besides, gymnastics makes me too hot!" :^) In fact, she's said more than once - clear out of the blue - that she now thinks she wants to be an Olympic skater! And so in January, she'll hang up her leotard (at least for a while!) and once again head out for lessons on ice. As long as our schedule allows, I'll do my best to continue to accommodate as passions wax and wane. :^)