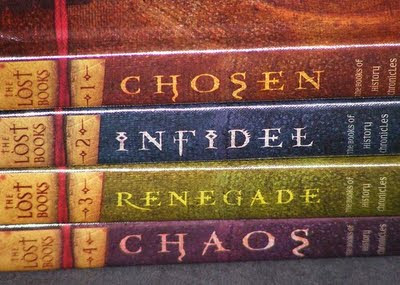 The perpetual journey of finding good books for our kids takes some interesting turns!

Both my daughters are very “picture smart,” though they express it in different ways. Abigail uses her skill to make amazing paper crafts. Eight-year old Rachel, on the other hand, has a keen interest in coloring and drawing; in particular, she loves drawing people.

So it didn’t surprise me that she recently gravitated to the comic book section of our public library, enthralled with the books’ illustration style. My husband allowed her check out a few, which she gleefully displayed for me when she got home.

But, being that one of my book “tests” involves checking the appropriateness of a work’s illustrations, my heart sank. Because, of course, most “graphic novels” – the name by which comic books are now commonly known – are aptly named. Many show blow-by-blow, grisly violence and – even more disturbingly – hyper-sexualized illustrations of both men and women.

I knew immediately that such visuals were not appropriate for Rachel, but I was loath to quench her enthusiasm. One of the books, titled Infidel, seemed the least offensive; in fact, the drawings seemed remarkably tame compared to those in the other books. And the storyline – about the adventures of a young foursome – appeared at first glance to be pretty positive. So in the gentlest way I could, I demonstrated to Rachel why the pictures in the other books were not good and gave her permission to read Infidel for the time being. And I promised a trip to the Christian bookstore to find a wholly appropriate alternative.

She responded amazingly well, saying, “Yeah, I know these other pictures aren’t good now that I see them. Look, Mommy, this lady’s top is way too low-cut and tight. But I like Infidel best of all anyway. Thanks for letting me see that one.” And for the next several days, she spent much of her free time paging through Infidel.

At the bookstore, Rachel showed no interest in the first several comic books she saw, and I panicked. I prayed something like, “God, please let her find something she likes. I don’t want her hurt, but I know I can’t let her look at those library books.”

I didn’t see other options, but a clerk directed us to a nearby shelf. And at that moment, I almost burst into tears. There, right in front of us, was Infidel…along with several others by the same writer! I hadn’t previously noted the book’s author, Ted Dekker, because the name didn’t mean anything to me. But, as I now know, Ted Dekker is a fine Christian writer – and that, of course, explains why Infidel isn’t like other graphic novels. A Christian had written this comic book that my little girl loves! Which also meant that the Spirit of God had worked in her heart to naturally draw her desire to something in line with Him!

We bought Rachel her own copy of Infidel and promised another in the series for Christmas. More importantly, I drew her attention to God’s faithfulness in this situation; it’s a wonderful, concrete example of how God shows His personal care even for a child and even in the “little things.”

And for me it’s confirmation that I’m doing what He wants in terms of “screening” books for my children. Yes, it’s time-consuming. Yes, it eliminates from their repertoire some titles their friends might read. But there are many viable alternatives, so it’s not really about limiting their choices. Rather, it’s about directing their paths and helping them develop a taste for that which is wholesome and God honoring. So the hassle is worth it, and I’ve seen how God blesses the efforts.

My son is reading the novel story that goes with these. So far he's only read one, and begging me to get more:) I'll have to look for the graphic novels too.