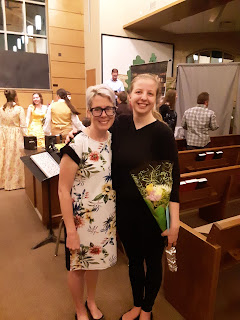 The COVID policies instituted in August 2020 by the college my daughter Rachel had planned for years on attending kept her home last fall. The day she should have moved in came and went, and instead of settling into a dorm, meeting new friends, and wading through first-semester syllabi, she was with us – in her childhood bedroom, watching many of her friends acquiesce to similarly draconian policies in order to have “the college experience,” feeling rudderless. She knew she’d made the right choice – the choice to which God had called her for the sake of her integrity – but the blow still stung.
She tried to make the best of it. She opened her own odd-jobs business and landed some cleaning and tutoring gigs. But she was still lonely and sad. Then, near the end of September, we remembered that the woman who’d directed homeschool choirs and musical productions in our town for years had started rehearsals for the troupe’s rendition of “Beauty and the Beast.” Seeking a way to occupy some of her involuntarily-found time, Rachel asked if she could help.
She’d participated in the group’s plays and choirs since she was 10 years old; she’d quite literally grown up with the director, who, as it turns out, had been worrying about how to fill the role of stage manager. Rachel was an answer to prayer, and she threw herself whole-heartedly into the task. She gently but firmly managed the cast behind the scenes, continually analyzed backstage needs, monitored blocking and lines, and ran around – in the words of the director – like superwoman to ensure that all seven performances went off without a hitch.
She hadn’t volunteered to gain accolades. She’d done it because she wanted to contribute to something productive and positive in the middle of the COVID mess and was seeking companionship; she recently said, “It was always nice to look forward to Friday when I got to see ‘my people.’” Once she got going, she saw how much her help meant to the director, and that motivated her to pour even more of herself into the effort.
According to the director, Rachel’s hard work made the play possible. But Rachel would say she gained far more than she put in. As she gave of herself, she made dear friends among the cast members. Rather than remaining adrift for a year, she found purpose and direction. And she learned the extent to which the Lord has blessed her with the gift of administration, knowledge which enabled her land a new job working for a lawyer the week after musical production wrapped.
When we respond to a need with our available time, talents, and/or treasure – losing ourselves in the act of service – we surely bless those we’ve sought to help. And God then turns that blessing back to us in ways we’d never have dreamed possible. Giving is like that. 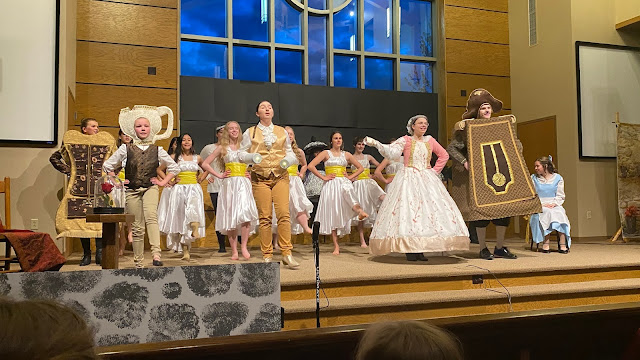 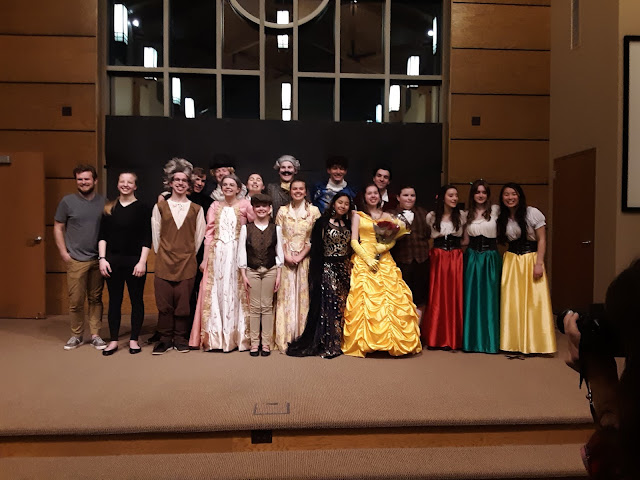