Make Sure Your Kids Remember 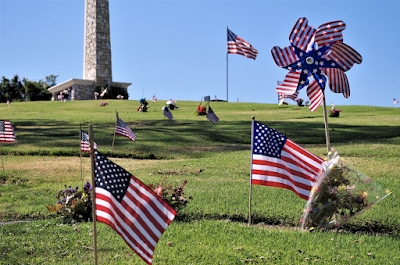 Next Monday is Memorial Day. How do you mark the occasion? Do your children know the real reason for the holiday?
I daresay many do not. If your kids attend a conventional public or private school – or if you follow a traditional “school calendar” in your homeschooling endeavors – it’s probable that they think of it merely as the first day of summer break or an extra day off before the final push to the end of the school year a week or two later. If they catch news reports, they may see it as “the unofficial start of summer.” Alternately, they may view it as part of the long weekend when you open the family cabin or host your first backyard bonfire of the year.
Even those who acknowledge something of the patriotic significance of the day often get it wrong, going out of their way to thank active-duty military members or veterans for their service. Of course, there’s nothing wrong with acknowledging the sacrifices made by such men and women any day of the year, but my military friends tell me they’d rather not be thanked on Memorial Day. They know the day is actually meant to pay homage to those who made the ultimate sacrifice, and they’d rather you focus Memorial Day on those heroes than on them.
When I was growing up in the midst of the national malaise following America’s withdrawal from Vietnam, many people didn’t want to honor those who’d lost their lives in that campaign, believing that doing so would endorse our country’s involvement in that conflict. Perhaps the same could be said – to a greater or lesser degree – in regards to other wars in which the United States has been involved. But the fact remains that men and women who enlist in the military do so with the full knowledge that they may be called upon to give up their lives for others. They sign the papers anyway and then hop the busses to basic training.
In John 15.13, Jesus said, “Greater love has no one than this, than to lay down one’s life for his friends.” He, of course, laid down His life for our souls, but in the context of the passage – which challenges people to love each other – He clearly indicates that those who sacrifice their lives for others are to be lauded.
You may not yet have educated your children on the real meaning of Memorial Day, but you can start this year. Even as you continue family camping or beach traditions, find ways to acknowledge the reason for the day: read appropriate picture books to your youngest kids, watch and discuss a war-related movie like Saving Private Ryan with your teens, attend a Memorial Day service at a local cemetery. Your freedom to partake in various recreational endeavors exists because of the service of others, including those who never made it back home. Always remember, and make sure your kids do too.
CK
Photo Credit: joey zanotti