They Will Not Depart 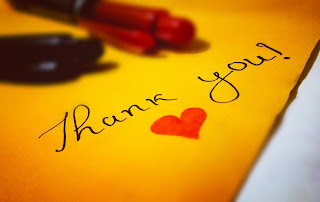 When I was a young college student sitting in Kathy’s education classes, I didn’t take compliments well. I was a perfectionist who didn’t see the point of a compliment unless I performed perfectly. Of course, I rarely reached that goal in my own estimation so I never felt worthy of praise.

Because Kathy was the faculty advisor for the InterVarsity Christian Fellowship group to which I belonged and also attended the same church as I, we soon became friends. And she began to gently challenge my thinking as I deflected her compliments. I was a baby Christian so I was still trying to grasp even the basics of God’s infinite love for His children, but one thing Kathy said early-on has stuck with me ever since: “If we don’t graciously accept a compliment, we’re insulting God.” Why? Because by downplaying or rejecting a compliment, we’re essentially saying that the way in which God has wired and gifted us is junk.

I still didn’t believe anything I did was praiseworthy, but I sure didn’t want to hurt the God I’d just embraced as Savior and Lord. When I voiced this to Kathy, she encouraged me to essentially fake it till I made it. She suggested I stop trying to explain why I wasn’t worthy of a compliment and, instead, simply say, “Thank you,” no matter how strange that felt.

Fast forward quite a few years and my husband and I were raising two beautiful girls, then in their early teens. We’d raised them using Kathy’s precepts for complimenting and correcting, but there came a time when one of them – when she was about 14 – suddenly began to push back at every compliment, despite their being real and wholly appropriate. I regularly reminded her of what her “Aunt Kathy” had taught me, but she struggled to say even the fake-it-till-you-make-it thank you.

Fast forward two more years and this girl was finally emerging from what she now calls her “angst-y phase.” And one day she said, “Thank you, Mom, for always reminding me that not accepting a compliment is offensive to God. I know it didn’t seem like I was hearing that the last couple of years, but I was. I felt so bad about myself I didn’t believe anything nice you or anyone else said, but in my head I always kept saying, ‘Thanks, God, even though I think they’re wrong.’ And doing that is part of what got me through the angst.”

Applying the principles that Kathy teaches about complimenting and correcting from early-on imprints those ideas on our kids’ minds and hearts. And – as with all godly precepts – our children will not depart from them when they are “old” …even if they take an occasional detour or two along the way (Proverbs 22.6).