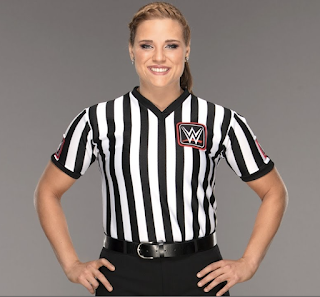 My “Irish Twin” daughters generally got along quite well as they were growing up. Being human, though, they’ve had their share of disagreements and fights, and when they were younger, one tended to rile her sister verbally with teasing while the other expressed her frustration physically, by knocking her sister down and sometimes biting. In either case, of course – as well as when one or the other did something inappropriate or sassy unrelated to her sister – it was my job to play referee and mete out discipline.

However, having grown up with parents who were not Christians and who both struggled with the effects of generational dysfunction in their families of origin, I was literally afraid of “discipline” for a long time. I didn’t want to yell the way my anxious, stressed-out mom had, and I certainly didn’t want to punch holes in furniture and walls like my father. In fact, my fear of repeating their mistakes led my husband and me to delay having children until I was in my early thirties.

I eventually grew in my faith enough to “risk” having kids, and my older daughter was a very laid-back baby. But I was grateful to learn of a church in my town that offered a Bible study in “biblical mothering” shortly after the older had turned one, when my younger daughter was just a few months old. With one child entering toddlerhood, the class came at the perfect time in my life, and the principles taught in the study provided a perfect balance between grace and truth, as it were, teaching me how to properly discipline as necessary while still maintaining a foundation of love.

For a long time, I thought I was alone in my fear of disciplining children. But from having interacted with many moms through the course of my kids’ lives, I’ve (sadly) learned that many wrestle with the same fear – i.e., of going overboard into abuse. As a result, I know many parents who don’t play referee for their kids at all, believing they can simply “talk things out” and that the children will somehow “absorb” self-control as they grow up.

The problem is that it doesn’t work that way. Young kids whose parents don’t referee and set boundaries for them grow up to be angry and depressed or out-of-control teens and young adults. We see the fruit of that all around us every day.

I know firsthand that the idea of disciplining a child is petrifying for some; I truly understand that from the bottom of my heart. But kids need proper discipline in order to properly grow and mature. If you – like me – honestly don’t know how to be a healthy referee, don’t abdicate. Instead, find a reliable parenting class or a trustworthy mentor and allow yourself to be taught – even “re-parented” if necessary. God will hold you to account for refereeing your kids one way or the other; do what’s necessary so that He can one day say to you, “Well done, good and faithful servant.”