More Than Worth It 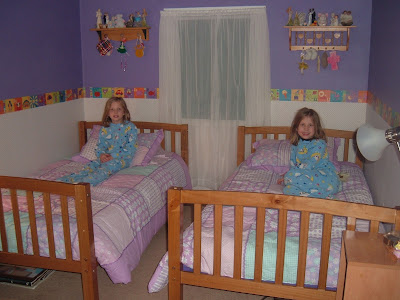 There’s no doubt that parenting kids to maturity is exhausting and stressful; I’ve walked most of the journey with my children and now teeter on the cusp of being “done.” In other words, I’ve been-there-done-that, so to speak, and know the angst firsthand.

Along the way, I’ve had my share of feeling at my wit’s end. For example, about eight years ago, one of my daughters went through a long bout with insomnia-induced anxiety. Every night for several months, she struggled to get to sleep at a “normal” time, and the longer she remained awake – while also seeing her sister fall asleep as soon as her head hit the pillow – the more anxious she grew. Unsurprisingly, her increasing anxiety as the hours wore on fed her insomnia, pulling her into a terrible emotional vortex every single night. She even started to get anxious each evening after dinner, anticipating the stress bedtime would bring.

Hearkening back to my childhood – in which, unfortunately, my fears and anxieties were ignored with a “just suck it up” attitude – I determined to break that chain and committed to being physically and emotionally present for my daughter in her struggle. So, I began laying with her each night at bedtime, during which we had some of the best conversations imaginable. Then I prayed over her, reminded her to breathe deeply and relax, and stayed with her until she was asleep. Sometimes I fell asleep too and stayed there most or all of the night!

For a few days – or even if it had been a couple of weeks – this was fine. However, as the issue extended into multiple months, it took its toll. My daughter was less stressed…but that transferred to me as I felt I was being held “prisoner” by my nine-year old’s anxiety. Of course, I also struggled with wondering about the balance between helping and enabling, concerned that my nightly routine might be harming my daughter, even as I also knew I could not in good conscience abandon her to deal with it entirely on her own.

To make a long story short, I began earnestly praying for discernment even as I continued asking the Lord to heal my girl’s mind and heart. Some nights, He clearly told me to stay with her; other nights, I felt led to coach her a little and then give her space to work it out. And over time – as she learned to accept that God had designed her to need less sleep than her sister and to lean on Him when she was afraid – she got better.

As I look back at that time, I feared my child’s anxiety would never end, and I wrestled with plenty of frustration. It was good that I stepped back incrementally once I’d given my daughter some tools to use on her own. But I don’t regret for a minute the nights I “lost” in taking care of her. I see now that God used my choice to be fully present for her to strengthen her security in me and in Him, and no one who knows her now would ever guess at the anxiety that once plagued her. “Being there” for her – hard as it was some nights – was more than worth it.