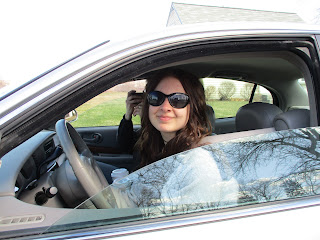 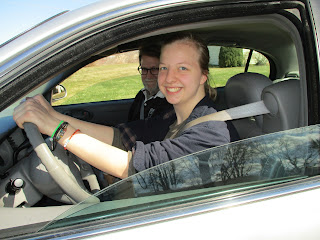 Both of my daughters recently completed 30 hours of online driver education instruction and then passed permit tests at the local DMV. Thus, according to the rules in my state, each is now legally allowed to get behind the wheel of a vehicle to begin learning how to drive. But in order to receive an actual license, each must now spend no less than six months practicing, and during that time she must log at least 30 hours of driving with a parent, spend at least six hours of both observation and actual behind-the-wheel time with a certified driving instructor, take another written exam, and pass a driving skills test at the DMV. And even after all of that, each will be issued a mere probationary license for at least nine more months before finally becoming eligible for a regular license.

All the steps and rules might seem overbearing, and we might think our kids can learn to drive safely without such micromanaging. In fact, though I believe these driving rules have been developed with the best of intentions and with kids’ safety in mind, I’m generally a fan of “less is more” when it comes to governmental regulation. Yet these rules don’t violate scriptural principles, so I’m bound to obey them (Romans 13.1), like it or not.

I’m old enough to remember life without the internet and all the technology that’s come along with it. I also remember that the internet was commonly referred to as the “information superhighway” when it took off in the 1990s. And I think the term provides a very useful analogy when it comes to our kids’ cyber-safety.

Being able to drive – at any age – brings with it an enormous sense of freedom. It exponentially expands the locations a person can reasonably explore and opens many doors of opportunity. However, it’s also a serious responsibility fraught with peril of many kinds. And the same can be said for “driving” on the information superhighway. The advent of internet technology has opened up innumerable opportunities for all of us, but – from cyberbullying to online child predators to phishing scams, identity theft, and internet addiction – it’s also greatly increased the potential harms our kids face, mentally, emotionally, and physically.

As I watched each of my daughters get behind the wheel to take her first drive under my husband’s guidance, I was thankful for the graduated licensing procedure my state requires. I want my girls to gain the freedom and independence a license affords, but, of course, I want just as much for them to be safe. I don’t think we need a government policy on technology use for children – but I do think it’s imperative that each parent purpose to create and enforce a policy of “graduated licensing” for his or her kids’ use of technology. In fact, if we fail to set guidelines and rules – even when our kids don’t like them – we endanger them just as much as if we were to give our car keys to a three-year old.

Your graduated licensing policy will be different than mine; in fact, the rules may vary even among children in the same family, depending on each one’s demonstrated readiness for levels of freedom and independence. The important thing is to design and uphold some sort of graduated “licensing” policy to keep your kids safe on the information superhighway.