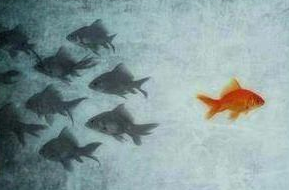 Doing the right thing has never been easy.

Since the Fall of Adam and Eve, every human has struggled against his natural propensities to think and act in inappropriate, sinful ways (Jeremiah 17.9). But in some times and places, cultural norms have gravitated toward biblical values such that most individuals more often than not chose to act appropriately rather than suffer social sanction. And even when cultures have been more “neutral” toward biblical mores, there often existed a subtle, underlying understanding that principles like The Golden Rule were “just the right thing to do.” Thus, most people chose to behave accordingly in order to “fit in.”

However, in recent decades our culture has moved far from even the neutral stance. Thus, we’ve reached a sad cultural state in which “right” (i.e., biblical) behavioral choices are no longer supported, either overtly or covertly. In fact, a biblical worldview is now openly mocked and decried in many quarters. Just as the Apostle Paul lamented in Romans 1, “[people] not only continue to [sin], but also approve of [others] who [do].”

In such an environment, it goes without saying that choosing to have a willing good character – deciding to do the right thing even when it’s hard and when no one is looking – takes, first, an inclination toward choosing non-conformity (Romans 12.2) and, second, the strength to endure in that commitment for the long haul.

It can be incredibly difficult to go against the cultural flow knowing that doing so may very well result in ridicule and marginalization. God has, after all, created us for relationship, so we desire meaningful connections with others. And if a decision to do right results in separation from those we love, the pain is real and deep. But God does tell us that he “is faithful, and…will not let [us] be tempted beyond [our] ability, but with the temptation…will also provide the way of escape, that [we] may be able to endure…” (1 Corinthians 10.13). Thus, we can purpose to rest in our knowledge of the truth that God is always with us and that he will provide the strength we need to continue to follow his ways.

Of course, these are hard truths even for adults to grasp because consistently choosing to see with “spiritual eyes” can be draining. And it’s even harder to help a hurting child who has, for example, been ostracized by a group of friends for refusing to go along with bad behavior. Our journey toward trusting God in all things – even when it puts us at odds with those around us – can only be taken one step at a time, day by day, in all its inherent messiness. But he is there with us, keeping his promises to strengthen us as we go. Let’s heed his call and encourage our children to come along with us.