Self-Control: Can You Have It for Your Kids? 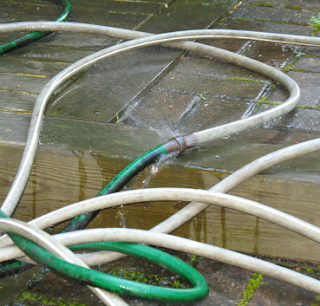 To say that I’m not a patient person by nature is a gross understatement. But ever since I became a mom, I’ve worked really hard at learning how to exhibit patience with my kids; it’s not always easy and I’ve failed much more than I’d like to admit. Yet I’ve made conscious decisions to apologize when I’ve blown it and so, by the grace of God, I know my kids see me as generally patient...with them.

However, just as when water spurts out a second hole in a hose when we plug the first, I used to allow myself to vent in other ways. In my case, I took great pleasure in ranting at “stupid” drivers – though, of course, only when my kids weren’t in the car with me – and giving “ridiculous” customer service representatives a big piece of my mind if they couldn’t instantly resolve the issue about which I’d called. As hard as it is to admit, it felt really good to blow off steam “anonymously” and I justified myself by making sure I only did it when my kids were out of earshot.

Until my one of my daughters called me out.

It turns out my “secret” rants were a lot louder than I’d thought. So when I’d believed my girls were occupied playing upstairs, they could hear me yell and, yes, even cuss out hapless company reps on the other end of my phone line. And a couple of years ago, one of them called me to account over my behavior.

I’m grateful she did. I couldn’t downplay or deflect because it was coming from my child. God used the commitment He’s given me to do right by my kids to get my attention. I had a self-control issue and despite my attempts to hide it, I was modeling inappropriate behavior to my children. It had to stop.

I admitted my sin and apologized to both my girls. Then – just between God and me – I committed to praying for self-control before making any potentially contentious phone call. And I could almost instantly tell a difference in my mood and demeanor when I did. I still lose patience at times, but now, more often than not, I don’t.

Several months after my daughter had first confronted me, she saw me hang up after one such call and said, “Wow, Mom. You’re doing so much better at that. I’ve noticed.”

One of the ways we help our kids develop a willing-good character is to model it ourselves. If we want our kids to exhibit the kind of self-control they’ll need to choose what’s right when it’s hard or when no one else is looking, we can teach them what self-control means, correct them when they fall short, and praise them to reinforce good choices. But we must also model in ourselves what we want to see in them, leaning into God and letting Him move through us in order to do so with consistency.

Can you think of an area in which you need to exhibit self-control? Perhaps realizing that your kids are watching will motivate you to work on it for the benefit of their ability to have willing-good character.