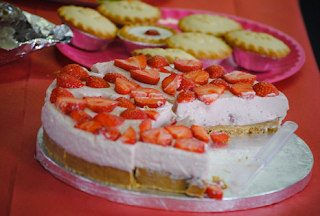 When my daughters were little, one of them regularly expressed her frustration over disagreements with her sister by biting. She’s since explained that after a certain age she unequivocally realized that verbally working out conflicts was right and more productive in the end – she was, after all, disciplined any time she bit her sister and usually had the very thing she’d wanted taken away for good. But she still bit because doing so was simpler and more satisfying in her young, immature way of thinking.

Of course, she doesn’t bite anymore and hasn’t for several years. But what ultimately influenced her to stop despite how “good” it felt to chomp at her sister’s arm?

Consistent discipline was critical. Brainstorming and role-playing alternative reactions had value. Fostering a spirit of cooperation between my daughters mattered. Modeling proper ways of responding to conflict helped. And praising her when she chose well was great reinforcement.

But all of those things were merely ingredients, the way eggs, milk, flour, and sugar serve as ingredients for cake. A bunch of eggs – even when cracked open and whisked – doesn’t transform into cake. A cupful of sugar cannot morph into a cake while it sits on the counter. In fact, we can have a ready supply of all those ingredients and use them liberally for various purposes. But unless we mix them together in the right proportions and then bake them – applying heat over time – we’ll never get the cake.

The same is true in regards to fixing childish behavior and poor choices our kids make. We do need good ingredients like consistent discipline and positive reinforcement. And we can’t skimp just because we’re tired; I had to keep at it with my daughter regardless of how her behavior exhausted me. But, honestly, just as a cake removed from the oven too soon will either ooze out of the pan or deflate before our eyes, we cannot rush the development of what it takes for kids to have a willing-good character.

My daughter is now an adolescent – a true young lady, not the stereotype of a “teen.” She would never dream of expressing frustration physically now. And, in fact, remembering her biting habit mortifies her. Why? Somehow – just like the mystery behind the chemical reactions inherent in cake baking – the combination of ingredients my husband and I chose “baked” in God’s “oven” of child development over time produced a beautiful “self-respect cake” in her.

My daughter knows right from wrong, but she knew it when she was still biting. The difference between then and now is that maturity has brought with it self-respect such that she now cares about the long-term ramifications of her actions within her own spirit. Being able to smile at herself in the mirror a month from now matters much more than instant gratification.

Again, working with good ingredients along the way is imperative; cake doesn’t get baked in an empty oven either! But the self-respect that has transformed our daughter into a young lady who is willing to make the right choices even when she doesn’t want to could only come over time.

As you’re “mixing up and baking” your child’s self-respect cake, anxious to taste it in all its glory, remember patience. Your child’s “cake” will be an amazing confectionary delight…in due time.