It’s Fixable – in Him 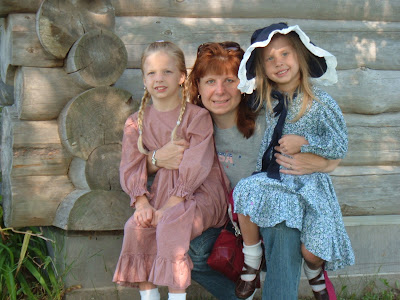 “I don’t have the patience to homeschool.”

If I’ve heard that once, I’ve heard it a thousand times. And I’ve heard a variation on the theme as well: “I’m not patient enough to be a mom at all.” Indeed, I worried about that myself and purposely delayed motherhood in part because I was petrified I’d be harsh and impatient, as I’d perceived my own mother to be. Even after God had clearly orchestrated some specific events to assure me that He’d break the chains of generational dysfunction I so feared, I worried and hesitated.

And in and of myself, I still wrestle with impatience. In fact, when I told my daughters – now 13 and 14 – I was writing on this topic, they giggled because they know my struggle. They’ve seen me fling money at a store clerk who wasn’t moving quickly enough for my tastes. They’ve heard me scold customer service reps after I’ve been on hold for “too long.” And, yes, they’ve occasionally been on the receiving end of my frustration when I felt they were dawdling.

Just like anyone else, I’m a work in progress and my sanctification won’t be complete this side of Heaven. I don’t excuse my impatience, of course, because it’s wrong. I simply acknowledge an area of discipleship that’s hard for me. We all have them; patience is one of mine. And admitting reality is the first step in being able to conquer the issue. But I’m so glad I didn’t forgo motherhood – which has been my greatest joy – because of it.

In fact, since purposing to allow the Spirit to grow His fruit within us should be every believer’s goal, I know it’s been the very crucible of motherhood that’s enabled me to become more patient over time. I needed less patience as a wife or when I was a classroom teacher – I spent eight or more working hours a day away from my husband, and if I could endure a “difficult” student for 45 minutes, he’d be gone again until the next day. But becoming a mom – being wholly responsible for my own children 24/7/365 and seeing some of my own unsavory characteristics mirrored in them – forced the issue for me. I couldn’t put it off anymore; I had to learn to choose patience, and I’m grateful for the opportunity.

It sounds banal, but it really is true that the best inoculation against impatience – or any other character flaw – is spending daily time with the Lord…in the Word and in prayer. It doesn’t really matter what I read or study; it’s just the being with Him that counts. When I do that, I choose to open my mind and heart to the Spirit so He can do His work – because, though I’m not patient, He is. And the difference in my ability to demonstrate patience when I choose Him compared to when I don’t is palpable – like the difference between Dr. Jekyll and Mr. Hyde or Smeagol and Gollum.

If patience is a struggle for you, don’t despair, and don’t deny God’s calling on your life out of fear. Acknowledge the issue and decide to work on it – in His strength. God may deliver you of impatience instantly or He may choose to use it as a means by which to keep you close to Him. But either way, it is fixable in Him.