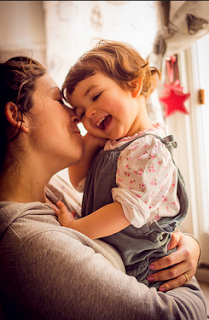 “If parents have raised their children to be great doctors, lawyers, athletes, or musicians, but have not trained [them] to honor…and obey God, they have failed!”

***
For the last couple of years, stories of “Tiger Moms,” which Urban Dictionary defines as those who are “overly strict…in order to foster an academically competitive spirit,” have abounded. These mothers (or “Tiger Dads” in some cases) continually prod their children, mandating that they practice specific “intelligence-boosting” musical instruments for several hours each night after having already spent all day steeped in demanding coursework at exclusive prep schools, in Honors and AP classes at local public schools, or via the most “rigorous” homeschool programs. Then they cart the children to class after “enrichment” class all weekend long and purposely withhold praise and affection to promote “mental toughness.”

Tiger Parents are often praised because they hold their children to high academic and behavioral standards. In fact, because we want our children to “do well” in life, I believe Christian parents in particular are often drawn to the notions of Tiger Parenting.

However, as with so many human philosophies, Tiger Parenting has serious flaws. It may produce compliant children who pursue high-powered careers of one sort or another. But it also turns children into modern-day Pharisees, the type of people Jesus described as “…whitewashed tombs which on the outside appear beautiful, but inside…are full of dead men’s bones and all uncleanness” (Matthew 23.27). In other words, Tiger Parents, though well meaning, train their children to be “clean” on the outside – they exhibit all the “right” external behavior – but fail to direct them toward that which brings true “success.”

Of course, such “success” begins with “first [cleaning] the inside of the cup…so that the outside of it may become clean also” (see Matthew 23.25-28). In other words, we must focus our efforts on helping our children see their need for Jesus and pray that each one individually embraces His gift of personal salvation. When that happens – but not until it does – God’s Spirit comes to dwell within the heart of the child and begins to work on cleaning him from the inside out. In that process, the Spirit then also produces fruit such as patience, self-control, diligence, and perseverance.

And from that fruit we’ll see a child choose to apply herself in her areas of God-ordained giftedness, causing some to rather naturally develop into exceptionally gifted surgeons, prolific composers, and savvy business people with whom God will choose to entrust financial wealth. But just as successful in the Lord’s eyes will be the woman who chooses to stay home to raise her children and the man who shares Jesus in his job as a sanitation worker. Real success is not the appearance of having attained the “American Dream.” Instead, it’s about embracing Jesus and then choosing to let the Spirit lead so one can organically love God with all of one’s heart, soul, strength, and mind (Luke 10.27).

If we say we believe that, can we choose to resist our “Tiger Mom” tendencies and, instead, prioritize what’s most important to Him?