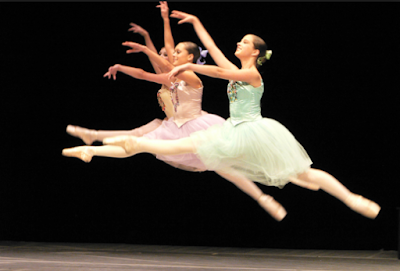 I know many homeschoolers raising “STEM* Kids” – i.e., the kids heavily engaged in “science, technology, engineering, and math.” A STEM Kid is the one who builds a working robot out of tin cans and duct tape using only the blueprint in his head. A STEM Kid casually solves differential equations on the back of a restaurant napkin while waiting for her mac and cheese to arrive. A STEM Kid begs for a microscope and then diligently studies the 52 slides he prepared from the puddle that forms in the back corner of the yard after every heavy rain. STEM Kids are inherently fascinated by numbers, stars, centrifugal force, cellular respiration and the like. They grow up to create tools the rest of us use; they ponder, experiment, and persevere until they find cures for insidious diseases. Thomas Edison, Albert Einstein, Steve Jobs, and Ben Carson were STEM Kids, and thank God for them!

But some kids – mine, for example – aren’t wired for STEM.

My younger daughter has been glued to our piano for the past couple of weeks, composing from scratch a song that simply popped into her head late one night. She’s got two others waiting in the wings. And when she isn’t composing, she’s honing her guitar skills and vocal gift or, perhaps, sewing skirts without a pattern or drawing tiny, historically accurate paper dolls. She’s incredibly bright and witty, but if she never again had to crack open a science book, she’d joyfully squeeze the stuffing out of me. And then she’d compose a song about her good fortune.

My older daughter is currently considering nursing – but not because of a love for science. She’s mildly interested in human anatomy and physiology, and has said, “I won’t be grossed out by a dissection; it might be fun.” But knowing her as I do, I’m sure that what really draws her to the profession is her natural ability to feel compassion and empathy; she wants to help people in need much more than she wants to study science. In fact, her real passions are literature and composition. She’s currently drafting two novels in addition to keeping several journals written in the voices of various characters and regularly updates her blog of devotional essays. Her insight amazes me, and yet if she never saw another math book in her life, it’d be too soon.

Giving STEM Kids free reign – as Edison’s mother did after he was kicked out of his public school for being “retarded” – is incredibly important. In fact, it’s a tragedy that the school system regulates its science curriculum such that STEM Kids aren’t truly allowed to soar in that environment. However, equally as tragic is the fact that STEM has become our society’s Golden Calf. STEM Kids are seen as “the smart ones,” while those with impressive abilities in other areas are marginalized. Worse yet, because the system aims to standardize children, non-STEM gifts are often snuffed out by the schools’ push for more and more math and science.

But as homeschoolers, we are free. We can give our STEM Kids wings – real working sets they craft themselves! – by giving them time and space and “stuff” with which to build, experiment, cipher, and solve. But we can respect and honor the equally-as-valuable gifts within our children who never saw a lever and pulley they liked.

Of course, all children need foundational knowledge about math and science. So in spite of how my composer-cum-lawyer daughter lobbies to the contrary, I know that mastery of arithmetic is imperative for adult life, and that a working knowledge of algebra and geometry will one day come in handy. And despite the fact that – though I personally loved studying zoology and chemistry – physics gives me the heebie-jeebies to this day, I acknowledge that a basic understanding of all the sciences is the mark of a well-educated human being. But for every “advanced” math and science class through which we force our non-STEM kids to slog, we steal precious time from their pursuit of equally-as-valuable non-STEM passions.

I’m not advocating for the demise of STEM in homeschools. Quite to the contrary; if you have a STEM Kid, I urge you to maximize the time your child can devote to her God-given calling – even if that means (gasp!) requiring less Shakespeare and more lab reports. But it’s imperative that we choose to know and respect the individuality of each of our children instead of putting them on the same type of school assembly line upon which their peers in the system sadly ride. Build the foundation, yes, but then customize the rest. If that means a full slate of math and science, so be it. But if it means minimal STEM to make room for classical ballet, abstract art, or Napoleonic-era history, bask in your freedom to raise a unique human being who will rise above the crowd in his area of expertise, whatever it is.


* Some homeschoolers consider “STEM” to be a dirty word because it has been co-opted by proponents of the horrendous common core standards initiative. But don’t be confused. The term pre-dates common core and, at root, simply applies to all science-oriented studies, whether aligned with common core or not. Unfortunately, most STEM-specific curricular resources currently available to homeschoolers are common core, but nearly 20% are independent of the initiative, and many other non-common core materials can be employed in STEM-type instruction.