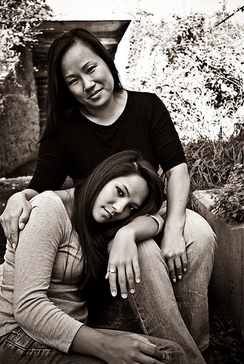 My beautiful almost-13 year old had a meltdown today.

She asked me to do something for her, and I had no problem accommodating the request. However, I needed to verify the details of the situation, so I asked her to perform a simple task of which she is quite capable.

I hadn’t immediately provided her with my reasoning, so I shared my rationale to help her understand my expectation. She’s a very logic-smart girl, so I figured that might make a difference.

Instead, she dug in her heels and said, “Fine. Forget it. I don’t need your help anyway.”

I was so thankful I heard and listened to the Lord’s prompting in my spirit to stay calm; I don’t obey that wisdom often enough, but at least I latched onto it in that moment. So I didn’t raise my voice. However, I also knew I couldn’t back down. For my daughter’s good, I needed to hold firmly to my expectation that she comply with my initial, very simple request of her. Even though sticking to my guns made her extremely unhappy – and, in fact, made me quite uncomfortable – appeasing her to erase the short-term conflict between us would have been far worse in the end. Had I given in to her stubbornness, I’d have communicated that defiance wins and that anything that causes even mild unhappiness should be discarded.

My daughter isn’t actually immersed in technology; the entitlement mentality that burst forth in this situation was simply the expression of immature adolescence coupled with that which is common to us all – i.e., a tendency toward sin in one way or another. But given her age, she’s perhaps more prone than older people to believing the lie that she must always be happy. After all, even though she doesn’t yet own a cell phone or spend much time beyond her daily math lessons on the computer – choices my husband and I have purposely made for both our daughters to insulate them from some of the more serious effects of overexposure to technology – she’s growing up in a world where a few clicks or finger-swipes can appear to ameliorate any difficulty. Perhaps she didn’t see the need to justify her request of me because she can always restart her Friday afternoon Kindle game if she gets into a tough spot.

It broke my heart to stress out my daughter by insisting she comply; though she’s often quite stoic, she wrestled mightily to hold back tears, and later on did cry. However, certain as I was that my motivation wasn’t a power-play but, rather, an opportunity to demonstrate to her that she’d survive a moment of unhappiness, I had to proceed for her own ultimate good.

She was angry with me, but she finally obeyed. Then I hugged her and sat with her for a while, just as I’d done after I’d had to spank her as a child. Knowing her as I do, I’m certain she’ll remind me more than once that I required her to do something she disliked. But I had to see past the immediate situation to the big picture. I had to be the parent.