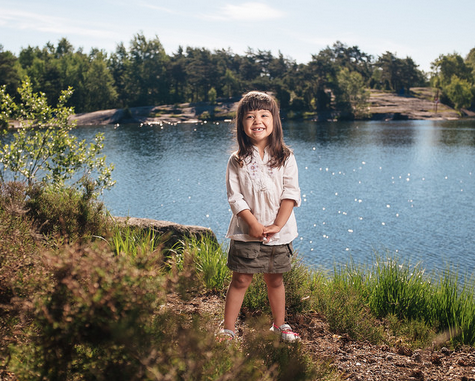 In 1985 when she won the Best Actress award for Places in the Heart, actress Sally Field famously ended her acceptance speech by shouting, “You like me. Right now! You like me!” Recognition by her acting peers meant that much to Ms. Field, almost as if the award were validating her very existence.

Of course, acting is a fickle business, and all the award signifies is that the members of the Screen Actors’ Guild appreciated her performance in that one movie. But the sentiment behind Ms. Field’s exclamation is what our children seek from us, perhaps more than anything else.

When I was growing up, I didn’t hear that message. Instead, my parents’ words and actions told me they liked me only when I…
·      didn’t cry the day they dropped me off at kindergarten even though I was still just four years old;
·      bottled up my fear during the frequent tornado warnings we endured;
·      earned straight A’s;
·      enrolled in the pre-veterinary medicine program in college.

And it was clear that they didn’t like me at all when I mentioned that a couple of boys were trying to lift up my dress during circle time…when my terror during the storms overwhelmed me…when the best I could muster was an A-minus…and when I gave up on a medical career after giving my life to Christ, opting instead for a humanities degree which eventually led to several years as a classroom teacher and now life as a homeschooling mom.

When I “tattled” on the boys and expressed my fears, I made their lives inconvenient. They had to consider taking time to visit my teacher to explain what had happened in class. They had to think about coming across the basement to comfort a sobbing daughter. They actually did neither, but the fact that my imperfect feelings interrupted their lives made them dislike me.

And when I exhibited less than perfect ability to master every subject area, I jeopardized their identity, since they’d built their reputation as “good parents” on my academic performance. Similarly, when I gave up what would have been the path to a prestigious career, I damaged their identity as the parents of an “extraordinary child.” So they disliked me.

One of my goals as a mom has been to break the chains of multi-generational dysfunction to which my parents were party. I’m far, far from perfect, but I want my kids to know I’ll go out of my way for them. I’ll listen to their concerns and act in response; in Jesus’ name, I’ll dry their tears and bind up their wounds. And I’ll help them each to discover and grow the gifts and abilities God has given them rather than trying to shape their lives in my image.

Ultimately, I want my kids to know that I love them and that I like them. I really like them.