The Smarts Are Key 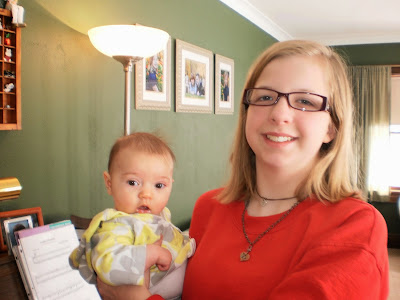 The other day my almost-13-year old daughter made a profound statement when she declared, clear out of the blue: “I am really starting to feel good about who I am.”

Of course, such a statement would make any parent’s heart sing, especially coming from a child in the throes of all the typical puberty-induced changes. For me, though, this was extra sweet music that brought me to tears.

You see, Rachel has already had some struggles in her young life. She wrestled with insomnia-induced anxiety for more than three years. And, though she is very intelligent and possesses many gifts and talents I’ve seen for a long time, some key formal academic learning has not come easily to her. She now loves to read and is very competent, but the process didn’t really click for her until she was almost eight. And though she’s been making especially big gains in the last year, she’s had a hard time with spelling. She’s also struggled with memorizing math facts even though she grasps mathematical concepts quickly.

I have always emphasized diligence and the importance of making regular progress over time. But Rachel is quite self-smart so she has been aware of how hard those tasks have been for her. And, because she has a younger sister for whom formal academics appear to come easily, she has admitted on a regular basis to feeling insecure about herself. Thus, for her to openly acknowledge that her feelings are changing was no small miracle to me.

As we chatted about her declaration, she was unequivocal about how she’d reached her new conclusion. Simply put, it’s because she has grasped the truth that there is more than one way to be “smart.”

You see, I have been privileged to know from Kathy about multiple intelligences theory since before my daughters were born. And I have purposed – as one of my key parenting strategies – to watch for, encourage the development of, and consciously talk with them about all eight smarts. I’ve given them the vocabulary – they know all about “word smart,” “body smart,” “nature smart,” etc. – and I’ve made a point of drawing each one’s attention to ways in which she exhibits particular smarts at specific times.

Of course, I’d hoped and quite literally prayed that the truth of the concepts would sink into both of my daughters’ hearts. But it wasn’t until Rachel’s bold statement that I knew for sure she’d grasped it. She still wishes she could do math more quickly or that it hadn’t taken as long for spelling to make some sense to her (as much as English spelling makes any sense to anyone!). But because she has heard for her whole life about the ways in which God has given her very obvious body-, music-, word- and picture-smart abilities, she’s begun to realize that little glitches with some areas of academics don’t define her.

Does your child know she is smart in eight different ways and that God has chosen in His sovereignty to arrange those intelligences in a unique way according to His plans for her life? If not, she should. To know that your child feels good in her own skin is a blessing beyond compare – and understanding the smarts is key in that process.