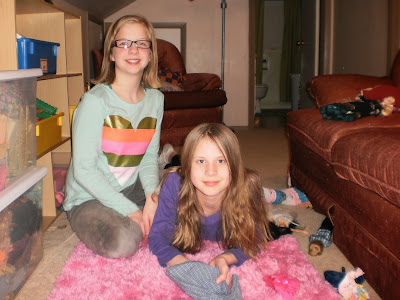 Being very close in age and because they’re homeschooled, my daughters interact with each other continually every day. They get along remarkably well most of the time, and they consider themselves to be each other’s best friend. But, of course, neither is perfect, so they encounter regular conflict with each other as well. And, not surprisingly, I see them use their multiple intelligence strengths for ill when they’re struggling with each other.

My older daughter, Rachel, is quite body-smart, which means she’s physically active and also very agile. It also means she’s quite tactile. So when she was younger, she expressed frustration with her sister by biting and pushing. My husband and I disciplined and worked with her to outgrow those tendencies, but she still gravitates toward making physical contact with her sister when they argue. She grabs Abigail’s arm, trying to pull her toward a desired destination. Or she hangs on Abigail’s shoulders, attempting to coerce her into following Rachel’s preferred course of action.

Abigail, on the other hand, uses her word- and logic-smart strengths as weapons against Rachel. She attempts to argue every angle of a disagreement the two of them have - and she’s quite adept at it, much to Rachel’s utter dismay. She also analyzes and parses Rachel’s words, taking great delight in pointing out her sister’s inconsistencies and occasional incorrect usage. She apologizes when we call her out on it, but she still struggles to keep the negative aspect of her smarts at bay.

What about the kids in your life? Can you see how they sometimes use their smarts in inappropriate ways? Perhaps your picture-smart child zones out of an important conversation with a sibling by doodling instead of listening. Maybe your people-smart student uses her natural ability to attract friends in order to encourage her “tribe” to belittle an introverted classmate. And perhaps your nature-smart child falls into the habit of valuing the things he collects above relationship.


Kathy regularly points out that we have choices – daily and sometimes by the minute – to use our strengths for good and not for ill. We, of course, want to encourage the kids in our lives to maximize their smarts, and part of our job is to avoid stifling or paralyzing their natural inclinations. But we also need to actively instruct them to become aware of ways in which they might use their smarts to hurt others. And we need to mentor them so they’ll want to eschew the wrong use of their multiple intelligence strengths more often than not.