Halloween - What if You Don't Partake? 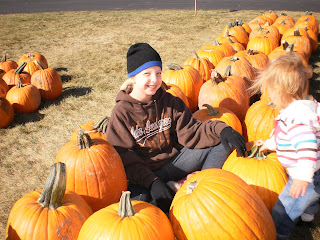 I have found over the years that Christ-followers' opinions about Halloween run the gamut. On the one hand, some folks enjoy dressing their kids in spangled costumes and traipsing them around the neighborhood to collect as much candy as their buckets can hold. And I even know at least one family whose teens are allowed to participate at local haunted houses - decked out in gory costumes and make-up - because they're run for charity. But, on the other end of spectrum, there are those who avoid any involvement in the traditions of the day due to concerns about their children's health, or because of a desire to avoid even the appearance of participating with satanic or Pagan practices.

Ultimately, I believe the decision to join in or not can be described as "a Romans 14 & 15 issue." That is, each family must take responsibility for seeking the Lord's wisdom and guidance and must then comply with the Holy Spirit's convictions on the matter. We ought not go along with our surrounding culture just to avoid making waves, but neither should those who've opted out assume that those who participate have fallen away from the Lord. Scripture calls us to be iron sharpening iron with other believers (Proverbs 27.17), so it's permissible to have respectful, uplifting conversations about this topic and any other, but we can - and should - do so without judging, from whatever angle we approach the day.

All that said, my family has come to the conclusion that the Lord doesn't want us to participate, and He's helped us to delineate specific reasons for our conviction. The decision hasn't come without angst; we've had to explain ourselves to "concerned" relatives, tolerate eyebrow-raising from friends (knowing they're probably talking about us behind their closed doors), and help our kids come up with polite answers to the inevitable, "So, what are you going to be for Halloween?" question they must field several times every October. But, ultimately, we all have peace that we've made the right decision for our family.

How do we manage when Halloween is splashed all around us from the day after Labor Day until November 1? 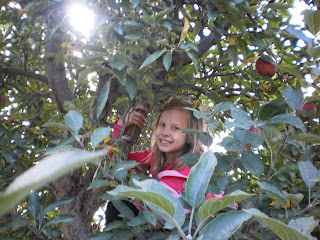 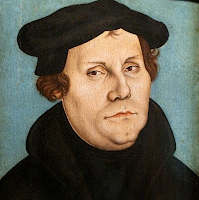 As with anything else, working out our faith in this area is a process; the practical application of our conviction develops and changes over time. Along the way I found a resource - Redeeming Halloween: Celebrating without Selling Out by Kim Wier and Pam McCune - that informed some of our decisions. I recommend it as a helpful guide for all Christian families because the authors address both sides of the issue: how to partake in a Christian manner and how to abstain without making one's children feel deprived.

Of course, in either case, we should seek to use October 31 as we should any other day: to grow in our own faith as Christian parents and to train up our children in the nurture and admonition of the Lord. And rest assured; if He leads you away from celebrating Halloween, there is a reason for it, and He'll care for your family in the process. 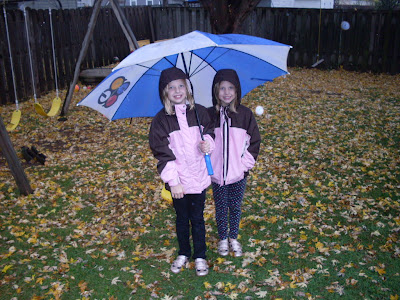