By God’s Design and No One Else’s 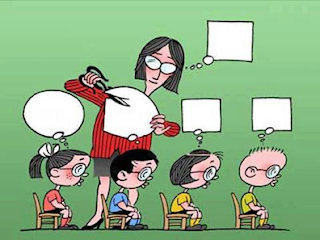 I cringe when a parent laments about her child being “behind.”

I understand the origins of the concern, as we’ve each been indoctrinated with the notion that we can accurately gauge our own abilities by comparing ourselves to others. And in some ways competition isn’t a bad thing. But we err when we fall into the trap of equating someone’s worth with his performance compared to peers. And, sadly, in every case I can think of, a worried parent or a teacher who labels a child as “behind” his classmates believes something is wrong with the child because he’s not the same as the perceived “norm” for others his age.

But that’s not actually true. Instead, though every child is capable of learning, each is an individual created by a God who doesn’t make mistakes. Thus, despite the unfortunate standardization practices so prevalent in our modern institutional schools, no child should be expected to learn the same things in the same way at same pace as any other child. Rather, if we guide a child in a diligent manner in a way appropriate for her, it’s impossible for her to be “behind,” because every such child is exactly where God intends her to be at any one point in her childhood.

A friend’s son, Jack, has Downs Syndrome. Jack got past diapers when he was six and began speaking in halting sentences when he was eight. My friend, a homeschool mom who also educated three other children through high school, graduated Jack at 21. Now 23, Jack excels in organizing supplies and materials for the family business though he reads at what is typically considered a “third grade” level. Would anyone say Jack is “behind?” No, because we acknowledge that he’s been encouraged and empowered to reach a high level of functionality in this world within the boundaries of his God-given abilities.

If we can accept that fact for children with easily identifiable “special needs,” why don’t we do the same for all kids? The fact is that not every child has a brain wired to master Calculus. Similarly, not every kid can write an engaging novel, masterfully perform a Mozart piano concerto, or re-assemble a truck engine from a pile of 1,000 tiny parts. Are those children “behind” or merely individuals gifted in different ways?

Yes, we need to insure that each young person attains a high level of functionality in skill areas necessary for managing as an independent adult. But we also ought to accept that each child will gain mastery in those areas at different rates. Further, we must stop expecting all children to master every specialty area. Instead, we do well to enable each young person to find and develop her particular areas of strength so she can celebrate and fully live out who she’s supposed to be – according to God’s design and no one else’s.

Lovely post Tina. I agree 100%. My wife & I home school our kids and they are strong in different subjects. We do not treat them with a "one size fits all" approach. They must develop at their own pace.