It’s All in How You See 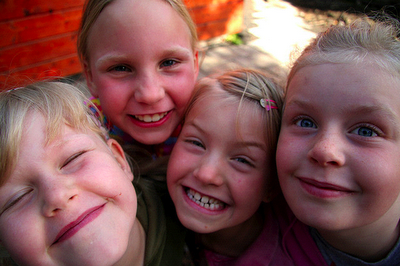 As we launch into another school year – whether as homeschool parent-educators or classroom teachers – we naturally long for the young people in our care to learn a great deal. It’s a laudable goal, and, as diligent, conscientious educators, we’ll do everything we can to maximize each student’s learning. We also need to clearly communicate – through our words, actions, and attitudes – that we truly believe in every child’s identity as a learner. The brilliant child is a learner…but so is the boy with ADHD, the girl with Asperger’s, the gang member, the girl who struggles to spell correctly, and the young man finally attempting Algebra as a high school senior. Challenging as it is, we must strive to help every child self-identify as a learner. And we can’t fake it; kids know if we believe in them or not.

On the first teacher workday of my first year as a classroom teacher in an urban middle school, one of my colleagues trudged into my room lugging an armful of student files. She dumped them on my desk with a sigh. “You’ll want to read them all before the kids come, especially the ones on top. Those are the trouble-makers.”

Overwhelmed as I was with all I needed to accomplish in the two days before my students arrived, I ran out of time to peruse the files. Instead, I loaded them into a cabinet drawer and launched into the term, forgetting about them until late October.

When I finally looked through them, I was shocked. It was as if I were reading about strangers. The previous teacher’s characterizations of the students didn’t match my experiences at all. The “trouble-makers” behaved well for me, and the “slow” kids managed their coursework just fine. Each child had particular struggles, but each could learn and was doing so.

At that point I made a decision to never read – or listen to “teacher talk” – about in-coming students before I’d first gotten to know them. Instead, I gave the children a clean slate and told them so. The files were always available later, but I saw no need to fill my head with preconceived notions about any child. Instead, I chose to start each year viewing each child as a decent human being capable of learning.

I wasn’t a perfect classroom teacher, but I know my approach built relationships with my students. Despite their previous experiences or the labels placed on them by other teachers, they knew I accepted and saw potential in each one. When they realized that, almost all adopted the identity I attributed to them; thus, they behaved and learned.

What about you? What can you do this school year to communicate each student’s identity as a learner? What thoughts, feelings, and actions should you avoid or adopt to make that happen? If your students are ever to see themselves as learners, they probably need someone else to see it in them first. That someone can be you.