Well Worth the Work 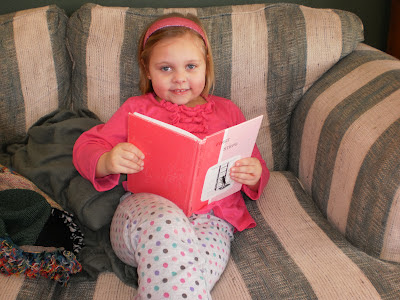 Earlier this spring, “Jill,” the little girl for whom I’d babysat for over five years, had a meltdown when her mom came to pick her up.

As a strong-willed child, Jill was prone to tantrums when she was younger, particularly at pickup time since transitions were hard for her. But it’d been months since she’d had an incident of any sort. So, though her mom and I had previously seen outbursts of similar intensity, we were a bit taken aback.

At one point, Jill bolted from the living room. I followed while her mom tended to Jill’s baby sister. And I felt confident I’d be able to placate her since, as is rather typical, Jill’s tantrums tended to soften for me compared to how she behaved for either parent. So I approached with firm but calm words, beginning to explain that she needed to obey her mom and that I’d help her. But Jill did something she’d never done in her five years with me: she slapped me – hard – right across the chest. Then she raced back to the living room and threw herself to the floor, screaming at the top of her lungs.

Ten minutes later, Jill’s mom and I finally got her strapped into her car seat, still sobbing and yelling, and they drove home. Later I wondered if the tide had turned. Had Jill crossed a line with me? Would she continue to abide by my expectations, or would she become blatantly disobedient and defiant now that she’d smacked me?

I shouldn’t have worried; instead, I should have remembered that strong-willed kids will do almost anything for those who love them.

And Jill’s mom emailed that night, explaining that Jill had cried all the way home and for quite some time afterward, distraught that she’d lost control and hit me. She couldn’t believe her tantrum had escalated to that point, and she was petrified I wouldn’t forgive her.

Of course, she needn’t have worried. The next morning, she handed me a homemade apology card, and then she and I sat for a good long time, talking through the incident and cuddling. In the end, I knew she’d maintained respect for me because of her love for me, and she knew beyond any doubt that I’d forgiven her and love her deeply.

Building a solid relationship with Jill despite her strong-willed behavior was hard work over the years. But the fruit of that labor – Jill’s growing ability to control herself while maintaining her God-given spunk, and my rock-solid relationship with her that I feel sure will last a lifetime – was worth it all.