"Giving In" When Possible 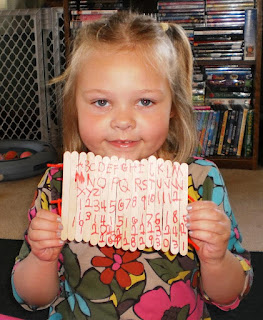 Power, control, and victory - the three things strong-willed kids crave. In fact, though they appear to dig in their heels and throw their tantrums in order to "test" us as parents and caregivers, their real motivation is to gain what they crave. The resulting stress for us is an unfortunate consequence, but it's not their goal.

The problem is that a strong-willed child's real goal is often at odds with what's truly best for her or for a family or classroom. We cannot in good conscience abdicate ultimate control of or power in a family or classroom to an immature child. And - for her own good - she cannot always have her idea of victory. All children need to learn and accept that reality.

However, we go a long way toward aiding a strong-willed child in that process if we yield some power, control, and victory as situations warrant. In other words, if we give a strong-willed child some power, control, and victory while concurrently and consistently explaining that he cannot always get his own way, we'll see an improvement in that child's behavior over time as he understands that he will be listened to and that his wishes will be taken into account whenever possible.

I experienced this first-hand for five and half years through "Jill." I was Jill's babysitter from the time she was just eight weeks old until earlier this month, when she ended her full-time stint with me in anticipation of starting kindergarten in the fall. I love Jill like a niece, but she is unmistakably strong-willed; as such, I didn't always like her behavior.

Her parents and I recognized Jill's temperament early on and realized it was our joint responsibility to shape her behavior without breaking her will. And one way we accomplished that was by giving her reasonable, limited choices whenever possible.

For example, she didn't generally get a say in what I chose to make for meals, but I did let her decide between two or three options for her twice-daily snacks. And, though she wasn't allowed to disrupt my children's homeschool lessons, I provided five or six educational activities for her to complete each morning, letting her decide which ones to do and in what order.

It took considerable time and effort to think of and present the options at first, and she still threw many tantrums as a toddler. But, having seen the process work itself out for five years and witnessing now the sweet young girl that Jill has become, I can vouch for the process. It's worth it.

I think this is so true and something that is often dismissed as "too permissive." I have a couple of those strong willed kiddos, and I know that giving them the options to choose when possible makes it a lot easier to be firm when I need to.