Be Ready to Give an Answer 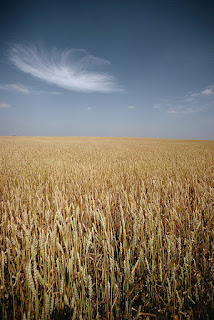 Despite the politics and other difficulties, I sincerely enjoyed my nine years as a classroom teacher. I’m called to other things now, but I was meant to be there for that season. In fact, like any Christian teaching in public schools, I was actually a missionary sent to that harvest field.

I obviously didn’t run around tied between sandwich boards shouting Bible verses during passing time. I didn’t keep a Bible on my desk – though I could legally pull it out for myself when my students had assigned silent reading time. And I certainly didn’t open any class discussion by saying, “So, what can I tell you about Jesus today?”

In fact, I was well aware that I functioned in an environment hostile to open displays of Christian faith. But I refused to accept the notion that I had to leave Jesus in my car every morning; He lives in my heart, so how could I do that? Instead, I realized I was no different than missionaries in other difficult settings: Saudi Arabia, Malaysia, or China, for example.

Like them, I endeavored to work in such a way that Jesus shone through me. But a silent witness isn’t enough. The Lord actually calls us to “always be prepared to give an answer to everyone who asks…the reason for the hope…[we] have” (1 Peter 3.15). And – make no mistake – if you’re really letting Jesus show, they will ask. In fact, with Easter approaching, they may be more inclined to ask – if for no other reason than to wonder why they’re getting an extra day off.

So, if you’re asked, what should you do?

1. Rejoice! The student saw “something” that led him to ask you, not the atheist next door;

2. Shoot up a quick prayer for wisdom, discernment, and peace;

3. Share a brief but clear answer to the specific question. Preface what you say with an objectifying phrase (i.e., “That’s a great question! Well, according to Christians…”) and don’t belabor the point. But don’t fear telling the truth; you have the legal authority to honestly answer a direct question;

4. Move on to the next topic as naturally as possible, thus communicating that faith is a normal part of a well-rounded life, not a “weird” thing to be set off in a corner;

5. Trust that God will protect you for speaking up, and pray that your few words will bear fruit.

Your job helps support your family. And teaching the “three R’s” and other useful content is important; hopefully you do it to the glory of God every day. But, as a Christ-follower, God also has you at your school to witness to Him. Are you ready?