When Strengths are Struggles 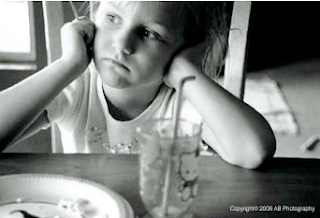 My 10-year old is very body-smart. She’s naturally athletic, can draw with precision, and effortlessly coordinates both hands and even her feet when she plays piano. She also changes position several times during even brief homeschool read-aloud sessions and often drives me to distraction with her fidgeting.

My nine-year old is quite word-smart. As a result, she’s a natural speller, reads well beyond her “grade level,” and composes amazingly creative stories. She also has a tendency to interrupt and can easily cut to the quick and cause hurt feelings with the clever turn of a phrase.

Both girls are music-smart, and I can see that ability happily manifesting itself in many ways. However, they sometimes burst into song at inappropriate times, using it as a tool to interrupt, and seem unable or unwilling to stop when they’ve been told that a show tunes medley really has gone on long enough.

These are all examples of what Kathy points out in her second book, How Am I Smart?: A child’s strengths can cause more obedience issues than her weaknesses.

A child’s weaker areas may cause academic or social distress. For example, a self-smart child may have difficulties interacting with others. Or, if logic-smart is not one of a child’s main strengths, math may be stressful. But, while those are certainly areas in which a child needs help, they’re not matters of obedience.

On the other hand, a child often operates on automatic pilot in an area of strength and, thus, crosses lines into unacceptable behavior without even knowing it. Or he might even consciously harness the strength to deliberately disobey. Thus, a picture-smart child might daydream and then fail to hear instructions for cleaning her room. Or a people-smart teen may decide to break curfew precisely because he wants more time with friends.

Regardless of its origins, the disobedience must, of course, be addressed; if we ignore it, we risk the formation of harmful habits. But the trick is dealing with the poor behavior without paralyzing the intelligence strength. So, for example, I have to provide lots of opportunities for Rachel to move even as I train her to be still when it’s really necessary. And I have to actively listen to Abigail’s stories and help her use her words constructively instead of scolding her to “be quiet already.”

What about the children in your care? How are each child’s obedience struggles tied to his multiple intelligence strengths? What can you say and do to redirect and retrain without damaging the strengths themselves?