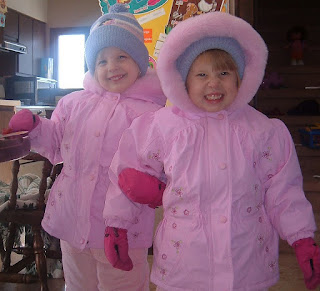 When my older daughter was a young toddler and her sister an infant, I took a parenting class at a local church. And there, among many other nuggets of truth, I initially heard the concept of “first time obedience.”

The idea that we’re to train our children to obey the first time we give instruction or guidance naturally resonated with me; after all, who wouldn’t want a child’s near-instant obedience? But I wondered how I’d even begin to accomplish such a lofty goal. Based on the behavior of many young children I’d observed, it didn’t seem possible.

In class, I learned that the practice of counting to three the way most parents do, by drawing out the count as long as possible in hopes of scaring – or bribing – a child into compliance, is misguided. As a matter of fact, it only serves to increase disobedience by conditioning the child to ignore the parent until she gets close to three (which, because of the way many parents really milk the count, might be several minutes later).

So I determined to avoid that pitfall. But I also felt I should give some sort of “warning” so my girls would know, at least in the initial training process, that I meant business. I knew that any “transition” had to be quick and follow immediately after the instruction. So I somehow landed on the idea of ending my directions with a very quick, “1, 2, 3” – spoken in one breath.

However, even as I initiated the practice with Rachel, I doubted it would work. After all, I was still counting, wasn’t I? Wouldn’t that somehow give her permission to tarry, though I said it so quickly?

But I found it to be an exceedingly effective practice with both girls. I simply informed them that “1, 2, 3” meant they needed to obey immediately – and I delivered consequences when they didn’t. And, much to my amazement, they soon became accustomed to obeying the first time more often than not.

In fact, at nine and 10, that transition still works. Of course, they like to know reasons for what I’m asking now, and I’m okay with that at this point – because they’ve been trained. However, if we come to an impasse, and I’ve decided they simply need to comply, I can just say, “1, 2, 3,” and, honestly, I still get immediate obedience.

It’s not that I’ve turned my precious girls into Pavlov’s dogs. But, because we started the process of training at an early age and used a simple cue with consistency, the idea of the transition imprinted in their minds. It was hard work when they were little, but I don’t regret the time and effort for one minute. And I’m so thankful for the fruit – a peaceful, pleasant home life – that we now enjoy. 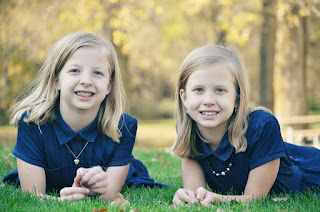