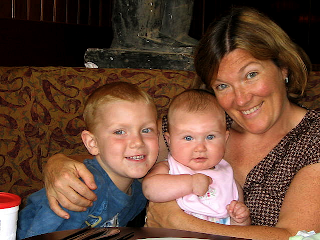 A lady from church recently sent me a sweet note that said, in part:


[We’ve] been attending [church] for 9+ years. I can remember sitting down and seeing these two precious girls watching you sing. I didn't at the time know who you were, but always admired your girls. They were always so well behaved while you sang. I would smile at your family so often.


Now, lest you get the wrong idea, let me assure you that my daughters aren’t saints; were our lives videotaped, you’d see plenty of less-than-admirable behavior all around. They’re kids, after all – still learning and maturing. But the unsolicited compliment resonated because it confirmed what my husband and I have always believed to be absolute truth: behavior matters.

In fact, it’s foundational. And I’m convinced that taking time to instill good behavioral habits during our kids’ preschool and early elementary years is among the most important gifts we can ever give them.

We need to start early – as soon as a child is old enough to disobey our request that she not touch the power outlet, in fact! – because it’s much easier to instill a lifestyle of generally proper behavior from the start than to change it after years of practicing the opposite. And we need to consciously train them because, as the power outlet example demonstrates, they won’t naturally choose what’s right. What’s more, if a child can develop habits of self-controlled behavior when he’s young, he’ll much more easily manage all the challenges he’ll face later.

Think about it. If a child doesn’t behave properly in a group setting such as a classroom (or even one-on-one in a home education situation), how can he focus on learning his math facts or phonics rules? On the contrary, if he wastes academic time misbehaving (or being sent from the room after misbehaving), he’ll quickly find himself “behind” on necessary cognitive tasks. And his understandable frustration over that almost guarantees he’ll act out again, setting up a vicious cycle that could last for years. Similarly, without the habits of mind that exhibit themselves in appropriate behavior, teenagers often find themselves running afoul of the law and adults may be unable to maintain gainful employment – just to name a couple of the most obvious possibilities.

As parents these days, we’re busy. Too busy. However, we chose to have children, which means we took on the mantle of responsibility for raising them properly. And, besides the fact that doing so is good for society, that’s what’s best for our kids’ own well being in the long-term. So…do you love your kids enough to give them a firm foundation?