Seven Sins of Our System of Forced "Education" 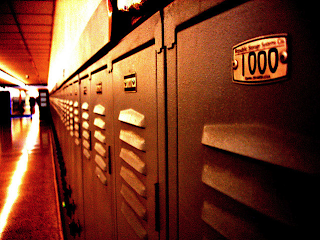 Today I came across a fascinating article by Dr. Peter Gray, a research professor of psychology at Boston College, who has apparently written extensively about many problems associated with institutional schooling. Because he comes at the topic from a secular (and, admittedly, evolutionary) perspective, I'm sure I wouldn't agree with everything he's written. But I am intrigued that a secular researcher would take up this topic at all - and present such a "naked" (and accurate, in my opinion) critique of the system of compulsory schooling.

The piece is two years old, but his ideas are not time-sensitive so they are just as valid today as they were a couple of years ago. My only (very small) quibble is that I wish he had used the term "forced schooling" instead of "forced education" - because schooling and education can be (and usually are) two very different things.

In other words, the government can compel children to complete a certain number of years of schooling...but they can't actually compel those children to learn. In fact, lots of kids sit in desks for 13 years (or more now, with the tragic advent of K4...and, sometimes, even K3 programs!) and learn very little; they are attending because they are forced to, but, as Dr. Gray so brilliantly demonstrates, the system cannot compel them to actually become educated while they sit there. Thus, I think we should make a distinction between real education and mere schooling.

Incidentally, that is why I most often refer to what happens around here as "home learning" or "home education" rather than "homeschooling." I understand that the latter is the most commonly accepted term so I use it at times for simplicity's sake, but I want my girls to learn continuously - not merely attend - and come out in the end as well-educated young ladies. And I purposely do not want much of anything resembling "school" - as defined by Dr. Gray - to invade our home, so I choose my terms carefully to keep myself focused on the desired end product.

Let me also say that I concur with Dr. Gray's observation that many teachers in the institutional schools care about kids and really want to do right by them; I was one such teacher, and I met others in my nine year tenure in the public schools. Similarly, I know several talented and dedicated people currently working in such schools (private and public). Admittedly, way too many teachers are incompetent and/or self-seeking - i.e., they got into the profession for summers off and the above-average fringe benefits, and they simply coast once they gain tenure. And such folks contribute mightily to the problem. But the committed teachers are not to blame; they got into teaching with the best of altruistic intentions and do their best, but they are simply hamstrung by the very nature of the system itself. Of course, they're not prisoners in the way the children are according to Dr. Gray, because they are free to leave for different jobs if they get frustrated enough - whereas the kids are stuck unless their parents become convinced of and then seek meaningful and truly educational alternatives (i.e., charter schools, home learning). But, even as I have no qualms about criticizing the broken system, I am not about bashing the dedicated teachers.

To pique your interest, here is Dr. Gray's list of seven sins (though he also points out that these are not the only ones) perpetrated against kids through institutional schooling:
I, of course, encourage you to read the whole article, Seven Sins of Our System of Forced Education; click to open it in a new window so you can come back here and share your reactions. If you really think about reality as Dr. Gray presents it, I believe you'll find yourself nodding in sad agreement throughout.