Any Leaves to Turn? 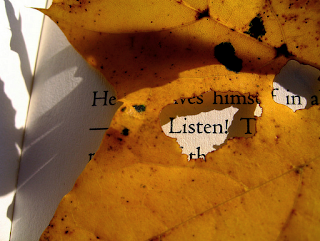 By now, as leaves begin changing in many parts of the country, you’re several weeks into the current academic term. Daily routines and expectations have been established. Rapport between teacher and students – and among students – is developing. You’ve introduced all the books and other resources you’d intended to use.

But the shine may be off that last penny as you’ve, perhaps, realized one of two things: either the resources are not what you’d expected, or they’re generally good but less than ideal for some students.

I unexpectedly encountered both situations in our home school this year. First, I discovered that I really disliked many aspects of the curriculum I’d originally purchased for history and science. And I later realized that at least one of my daughters would benefit from some “tweaks” to our otherwise very good math and spelling programs. I also encountered both circumstances during my years teaching in public schools; it’s an inevitable issue in all learning venues.

As a home educator, I’m able to change anything I’d like as long as I comply with my state’s homeschool law. And – though the need to do so this year caused some angst and took some time – I’ve made the necessary adjustments. In fact, I’m grateful for the independence afforded me. And I implore my homeschooling colleagues to exercise their educational freedom by regularly examining curricular choices in light of what’s really best for their kids.

Of course, making changes in institutional school settings is usually much more complicated. For example, some friends teaching in local public schools this year have been ordered to use only the newly-adopted materials for math – no supplementation allowed – and they must even teach in a specific, prescribed manner. But it’s often possible to make some adjustments as needs arise. For instance, just a few weeks into my tenure as a high school teacher, I chucked the dusty old literature anthologies and poorly written composition handbook in favor of a reading/writing workshop format that effectively met my students’ needs while still complying with district expectations. Dedicated professionals do that kind of thing all the time.

The bottom line is that we must put what’s best for the children above the status quo. If materials don’t work, we shouldn’t hesitate to seek out better alternatives, even if that means overcoming our own fear of change or respectfully standing up to misguided bureaucrats. And we needn’t wait until “next year.” Instead, we can and should seek improvement whenever the need becomes apparent.
So…do you need to turn over a new curricular leaf this fall?