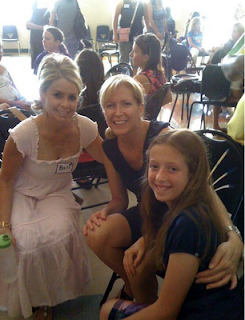 I’ve been working lately on moderating my eating habits because, though it’s not much, I have a little weight to lose. No one else thinks so, and I could have gone along for the rest of my life as I was a few weeks ago without jeopardizing my physical health.

But I didn’t like myself at that weight. And, more than that, I didn’t respect myself – because I knew without a doubt that my particular extra pounds were a direct result of…gluttony.

Now, upon reading that, someone’s bound to jump to my defense and assert that, surely, I’m being too hard on myself. But, let me tell you, I’m with me all the time…so I know what I know.

For the most part, things have been going well because I’ve finally chosen to apply the nutritional and spiritual principles I’ve known in my head for a long time. And, as a result of that, I’ve noticed that my self-respect – which my dictionary defines as “due respect for one’s self, one’s character, and one’s conduct” – has markedly improved even between my semi-weekly weigh-ins. How can that be? Well, I believe it’s because I know that my new behavior – my conduct – is now better and is, thus, demonstrating the type of character (i.e., self-control) I want for myself. Interestingly, I’ve also noticed an unmistakable improvement in my respect for others – I’m more appreciative, kinder, more accommodating – as my self-respect has increased.

Of course, I’ve had a few less-than-stellar days, too – and I’m working on not letting one bad choice lead to a bad day…or a bad day lead to a bad week. But, not surprisingly, my self-respect plummets when I choose poorly and fail to exhibit self-control. What did take me aback, though, was realizing that, when my self-respect has been low on this issue, my respect for others – and my behavior towards them – has taken a dive as well. Honestly, when I’ve disliked myself, I’ve truly been a Class A jerk to others, loved ones and strangers alike. What an eye-opener!

And I don’t think this principle is exclusive to me. In fact, I’ll go so far as to assert that I think it’s a universal truth regardless of age or circumstances. That is, self-control begets self-respect, which begets respect for others. Or, conversely, a lack of self-control yields decreased self-respect, and that results in lower respect for others.

Do you agree? Why or why not? And then how does this idea apply right now in your life – and in the lives of the children in your care?

I fully agree. For mysef, I have found that when I carry around excess weight, I have a hard time feeling good about myself. God has given us te ability to kno when we are not at our best.
I ahve enjoyed going a tou of your blog. Have a blessed week.