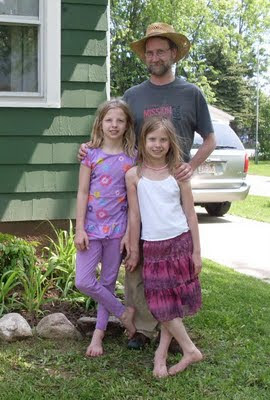 Not long ago, in an article called No Other Work, I wrote of how I believe our culture has denigrated motherhood. And, if that’s true of mothering, the situation is even worse for fathers.

In some social circles, men are viewed as little more than “sperm donors” – in fact, the donor market is booming, thanks largely to the feminist notion that women can purposely delay child-bearing, remain single, and then raise children on their own. And, even when women are in relationships, far too many men either abandon their children altogether or believe they bear little responsibility beyond financial provision.

In reality, it’s crucial in both sons’ and daughters’ lives that fathers be real dads. Simply put – and whether we like it or not – the fact is that children need deeply involved fathers and that even the most devoted moms are not enough by themselves. God built the family to be led by both mother and father, and no amount of social engineering will change that truth.

If we understand that, what can we do to encourage such bonding?

1. Prioritize your relationship with your husband. You read that right. Women too often place children over their husbands, but that backwards attitude causes an understandable frustration among men, resulting in subconscious resentment toward the kids. Sometimes children’s immediate needs do take precedence, but avoid establishing that as the norm. Instead, work to build your relationship with your husband, and then he’ll naturally have a stronger inclination to bond with his children;

2. Let guys be guys. Your husband will interact differently with the children than you do, a reality you should accept and celebrate because it’s one reason God designed families to be have both mom and dad. For example, though you wouldn’t wrestle with your kids, your husband does…and should be “allowed” to do so because his “dad style” has specific, undeniable benefits for kids;

3. Encourage his involvement in meaningful accountability relationships with other men. Guys don’t talk about parenting the way women often do; however, when men relate in healthy men’s groups, younger dads observe older ones and later apply the truths they’ve learned. And they have “guy ways” of holding each other accountable to healthy fathering. But they need “permission” from you to spend some time with other men;

4. Celebrate Father’s Day – and the important role your husband plays as a dad every day. Find meaningful ways to show your appreciation, and teach your kids to do so as well. After all, positive reinforcement for any behavior begets more of that behavior – in dads and in all of us.