It’s Got to Start Somewhere 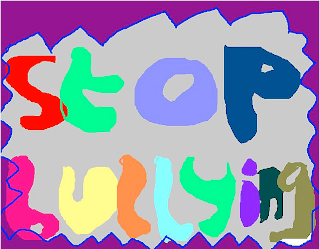 A while ago, I spoke with a dad who asked, “Don’t you think you should put your kids into school so they have the chance to be bullied?”

Yes, he was serious.

Sheltering my kids from bullying is not my primary reason for home-educating. However, I’m grateful that one side benefit of our family’s educational choice is that my girls needn’t endure the torture of bullying I suffered in elementary school years ago and that far too many kids of all ages battle today.

The man who questioned me sincerely felt that kids should have the “opportunity” (his actual word) to be bullied so they’ll “toughen up and learn to deal.” He was very polite about it, but he clearly believed I was depriving my kids by keeping them from that “rite of passage.”

As genuine as he was, I believe that man is symbolic of one of the biggest reasons that bullying is such a big (and growing) threat: the expectation that it’s normal and unavoidable. That same misguided mindset is why many classroom teachers turn a blind eye to bullying and why too many administrators do nothing to help, even after kids and their parents bring serious problems to their attention. They all seem to be thinking, “Oh, it’s not that big a deal. They’ll all just grow out of it.”

Yes, kids will be kids – they are as sinful as grown-ups – and some will bully. But it’s about time we adults step up to the plate and announce, in no uncertain terms, that it is not okay…or normal…or expected.

Changing our culture’s view of bullying appears to be as likely as turning the Queen Mary in a bathtub. But, as impossible a task as it might seem, it’s got to start somewhere.

So what if every person reading this column commits to quit expecting bullying and chooses, instead, to educate and consistently correct the children over whom we have influence? That’s a drop in the bucket compared to all the adults who need a perspective shift. But large, long-term change most often starts as a small, grassroots effort. It’s got to start somewhere.

I think you are right on and am a little repulsed that this man and other have this opinion on the subject. We have friends who have children in public school who have to deal with this on a daily basis.