Giving Credit Where It’s Due 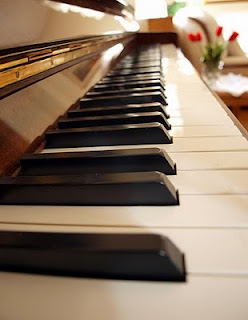 When I think of competence, my friend and former worship pastor, Chad, is among the first to come to mind. A pianist and singer, Chad is one of the most gifted musicians I’ve ever met. His talent often awes an audience. All the more so because – though he certainly studied his art and now practices regularly – what he does seems to come largely from natural ability that is “just there.”

Even more astounding, though, is Chad’s perspective on the matter. I’ve been a musician since I was 11 years old so I’ve spent time with some very talented people over the years. And, as anyone involved in the arts can attest, that world is a hot bed of ego and pride. In fact, I’ve both fallen into the trap myself and seen many others consumed by the idea that their artistic competence makes them “better.”

But Chad – whom people often place on a pedestal because of his obvious gifts – is also among the most humble men I know. In fact, he works much harder at remaining humble – at seeing what he would say is the sorry state of his own soul in light of God’s glory – than at anything he does musically. He gives credit where it’s really due, saying, “God, the talent I have is not really mine. It’s a gift from You.” Then he takes it a step further by also saying, “So, Lord, use what You’ve given to point others to You and You alone.”

And that’s as it should be. Any Christ-follower needs to grasp some very important ideas in regards to Dr. Kathy’s five core needs model: first, your ultimate security, identity, and belonging are in God through faith in Christ’s work on the cross; second, as a result of placing your faith in Jesus, God will show you His purposes for your life and give you whatever competences you need to fulfill those purposes. It’s all about Him and comes back to Him.

And that’s what we need to communicate to the young people in our lives. God has, of course, given each one talent and gifts; in fact, even those with severe disabilities that make them seem “useless” to the world have specific purposes for being here. So it’s an error in thinking for a child to believe he’s “not good at anything.” And we need to help him see and develop his areas of competence. But then we also need to show him the Author and Creator of all talent so – like Chad – he can give credit where credit is due.