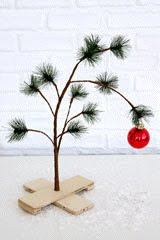 This is not the column I intended to write.

I’d started drafting a nice little piece about our family’s use of Advent calendars, and I’d made good progress. But I got sidetracked last night and ended up working late on other things. Even so, I got up early this morning and drove to the Y, encouraged by my good start that the whole day might be so, too.

And it did start out well. Over breakfast, my daughters and I talked through a nice devotional. One daycare girl ate with us; the other happily entertained herself in the playroom. And then the little ones played together while my girls did their morning chores and I readied our school materials.

But then we hit bumpy patch after bumpy patch. One of 3-year old April’s socks – half of her “favorite pair” – “got lost” and remained hidden despite several diligent searches. Just a few minutes into my daughters’ schoolwork, 8-year old Rachel melted into tears, feeling irrationally inadequate compared to 7-year old Abigail – a delicate matter that took over 30 minutes to resolve. Later in the day, I needed to make one phone call, which I expected to last less than five minutes. Instead, it morphed into an hour-long customer service nightmare.

And throughout the day, three-and-a-half year old Nicole – who has chronic intestinal issues – had to use the bathroom. Again and again. Four times over the course of an hour and half, each episode messier than the one before. And then a near “explosion” during her nap.

So I escaped to Starbucks when my husband got home – where I remain as I write.

Now, why do I bother to chronicle the details of my particular “terrible, horrible, no good, very bad day” in the midst of Advent?

We don’t want to admit it – especially during the Christmas season – but the truth is that we’ll all inevitably find ourselves in similar situations over the next few weeks. We’d prefer that Advent at our houses look like the cover of a Martha Stewart Living magazine, but the reality is that we’ll get lost like April’s sock…and sad like Rachel…and we may even feel like poor Nicole’s pull-up.

And Jesus knows our reality. In fact, He chose to be born into it for our sakes: conceived of perceived scandal to an unwed mother who wondered at her circumstances even as she retained her faith; born in the smelly mess of a barn and laid to rest in a feed box; pursued and nearly killed as a toddler; life as a refugee. All before He was 12 years old – and all just the beginning of what He chose to do out of His great love for us.

So I think God allowed the circumstances of my day today to remind me in small ways of the necessity of His incarnation. Yes, He appreciates our efforts to make everything festive and fancy in honor of His birth. But He wants even more that we recognize His presence in – and His desire to carry us through -– the tearful, frustrating, ugly, smelly moments. He came for the “terrible, horrible, no good, very bad” days, and we should celebrate that truth this month and always.