Lemonade from Lemons: A Perspective for Parents 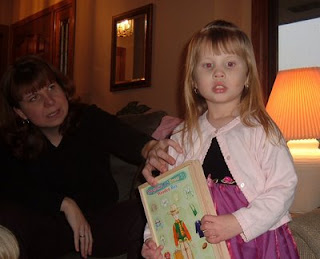 Last Christmas, my two daughters received identically-shaped packages from my brother and his wife. Rachel tore open the wrapping to reveal a wooden box containing an adorable magnetic doll and dress-up clothes. Abbie’s eyes lit up, sure that she, too, must have a “sticky girl.”

But, instead, she unveiled a “sticky boy,” the complement to Rachel’s doll. As reality set in, Abbie—my “girly-girl” for whom every playtime is about princesses—burst into tears. She buried her head in my shoulder, trying to be polite about her disappointment. I stroked her hair and wondered how to make things right.

Then suddenly Abbie lifted her head, wiped her tears, and declared, “This is really a ‘sticky girl’ with short hair!”
She hugged and genuinely thanked her aunt and uncle, and that was that. She had resolved to turn her “lemon” into lemonade and didn’t look back.

Abbie was only three then, but she taught me a lesson. She could move with grace past her disappointment because she understands that her uncle and aunt dearly love her. So she could rest in their good intentions for her and make the best of the situation.

How much more, then, as an adult, should I be able to trust my Heavenly Father’s intentions for me, in any situation? With His help, I can turn life’s “lemons” into lemonade--if I choose to.