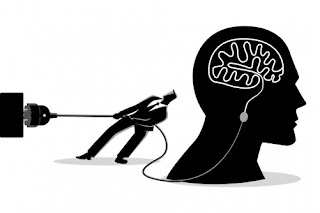 Five or six years ago, I was in the midst of deciding whether or not to allow my then-young-teen daughters to begin engaging in social media. Like many parents at the time, I wrestled with the neurological effects that increased online activity might have on their still-developing brains. And I worried about exposure to cyberbullying and the possibility that they’d be targeted for trafficking.
Those with teens and younger children now have even more to consider. Neurological and safety concerns still exist. And now we’re also dealing with a level of extreme online vitriol the likes of which we couldn’t have imagined five years ago, along with its twin cousins of censorship and “cancel culture.” Whereas we used to fear that a child would be bullied online by his peers, now it’s just as possible that adults will unrelentingly go after a young person in the vilest of ways. And the platforms themselves feel entitled to monitor our every move and even – God help us – our thoughts.
Among those who’ve been victimized by such extremes, I’m seeing an exodus. Some have moved to alternate platforms, but many have opted to greatly reduce or even eliminate their virtual presence. I applaud them. I believe that more and more people are realizing that both they and their children are far better off focusing on the smaller-scale but healthier influence of offline, real-life relationships and activities.
I eventually allowed each of my daughters to open a Facebook account, which I closely monitored and to which I held the passwords. They both found Pinterest as well. But I was thankful that neither expressed more than a passing interest in Twitter, Instagram, or Snapchat. And I’m even more grateful that both were able to self-moderate their social media consumption.
But if they were young teens today, I wouldn’t let them near any online platforms. I would, instead, do even more than I did five years ago to help them develop and grow strong connections with local friends. I’d find more real-life activities in which they could participate. And I’d challenge myself to be a good role model by scaling way back on the social media influence in my life.
In fact, I’ve recently been working on that, and it’s already paid off. I’m going out to coffee with local friends more than ever before. I’m serving as the resident “veteran” at a weekly homeschool co-op. I’m reading uplifting books and digging into the Word. I’m cooking and exercising. I still interact online, but only in a couple of select groups on a limited basis. The longer I’m away from mindless newsfeed scrolling, the less I miss it and the more I wonder why it ever held sway over so much of my time.
I don’t know if what I’m seeing in others – for themselves and their kids – and experiencing in my own life is a “new normal.” But I sure hope so. During 2020’s pandemic-related lockdowns, we recovered an appreciation for our immediate families. Maybe now it’s time to learn the value of unplugging.
CK
Photo Credit: Shutterstock via Newswise