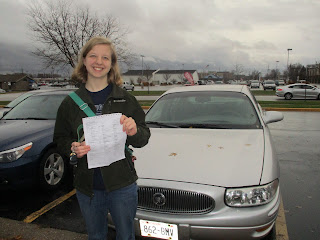 My husband and I have just wrapped up six months of focused training with our two daughters. Specifically, we helped them learn to become proficient drivers by allowing one or the other to get behind the wheel anytime they were in the car with either of us. In the process, each one ended up logging well over 50 hours of drive-time and both recently passed their road tests.

This season of life caused me to hone in on the concept of focus, starting when I quickly realized how much I operate on auto-pilot when I drive. In fact, most of us who’ve been driving for a while do this; we become so comfortable with the process that we stop thinking in a fully conscious way about particular steps required to accomplish specific tasks. But, of course, when we must teach another how to parallel park or navigate a roundabout, we’re forced to think again about each little part of a maneuver so we can communicate clearly to the student. It’s not enough to say, “Look somewhere behind you and back up until you’re done.” Instead, we must focus on each small element of the process in question and then help the novice driver to do the same by providing clear, detailed, sequential instructions.

The need for such explicit direction becomes readily apparent when one is sitting in a 2,000-pound motor vehicle in the passenger seat next to a wide-eyed teenager. But the reality is that our kids need our specific input and feedback at every age each and every day.

As with driving ourselves, though, we often slip into auto-pilot mode. Thus, we direct a child to clean her room but neglect taking the time to clean it with her the first few times, narrating our expectations as we go. Or we tell a group of kids to write an essay without ever providing explicit instructions about how to do so effectively. And then we scold her for doing it wrong and downgrade them for communicating poorly without realizing that it’s actually we who have failed.

It takes time and concerted effort to provide specific feedback on a consistent basis. It’s hard, exhausting work. But if we’re willing to put in the hard work at the beginning, we’ll save ourselves and our kids much time and needless frustration later on. During the first few weeks of our daughters’ behind-the-wheel practice, we all – parents and teens alike – came home mentally spent more often than not. But front-loading our efforts paid off as I realized a couple of months into the process that I was narrating and guiding less and less in favor of simply “passengering” more and more. And the same is true with any endeavor our kids undertake; if we commit to providing specific input at the beginning, we’ll exponentially increase the likelihood of their ultimate success. 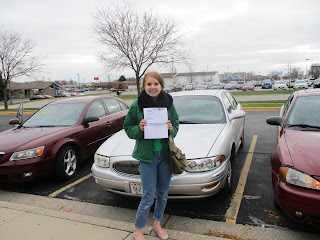