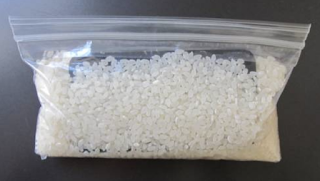 Recently, one of my daughters had a freak accident with her phone. As she was holding it in her hand while crouching to sit on the edge of her bed, it slipped from her grasp and landed right in a cup of water she’d put next to the bed earlier in the day. She yanked it out instantly and saw that it still worked so she felt she’d dodged a bullet. I did too. But later that day, the phone malfunctioned and only then did we hear about the “rice trick” we now know to be a common fix for phones that get wet.

As she realized the phone might be dead, my daughter was beside herself. She didn’t care about not having the phone; instead, she began to sob and said, “You and Dad bought that for Christmas. It was expensive and I ruined it.” She didn’t say it outright but I knew she was also thinking, “I’m a horrible, irresponsible person!”

If she’d set the phone next to a sink full of water, we might have been able to say, “You probably could have foreseen that putting your phone there wasn’t a good idea.” But what actually happened was clearly an accident; there’s really no way she could have guessed that her phone would slip from her hand just as she was sitting down and at just the “right” angle to land in the cup she’d set nearby hours earlier.

And her instant response was deep remorse. The evidence before me led to only one conclusion: “Honey, accidents happen. You weren’t doing anything irresponsible. In fact, I know because of how you’re reacting now that you mean to be responsible.” My husband felt the same way because, though she sometimes makes avoidable, youthful mistakes – just as all kids do – the overarching desire we see in her day in and day out is to be mature and “grown up.”

Though we all believed it was too late, we eventually put the phone in a bag of rice as a last-ditch effort. When we told our daughter that we’d decided to pay for a replacement, she protested; she thought she should pay for it herself. Of course, that desire was further evidence that grace was appropriate.

When I think about it, I’ve been in many situations with both of my kids over the years where I’ve been able to tell them that evidence – whether positive or negative – doesn’t lie. And, whether the issue at hand has been about one of them not wanting to accept a compliment or not wanting to own a mistake, when I’ve been able to calmly and directly point out what I’ve seen and heard, the tone and direction of the conversation always shifts.

Though still sad that her accident would cost us some money, my daughter stopped beating herself up after we extended evidence-grounded grace to her. Clearly communicating what we see and know about various situations in which our kids find themselves really does make a difference.

Oh, and by the way…the rice worked after all! By the next day, her phone was working good as new. More importantly, of course, her self-talk and our relationship were both working too.