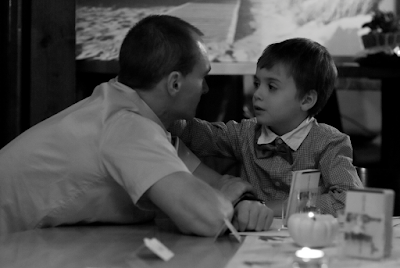 One of my main goals as a parent has been for my kids to know they can trust me. And one thing I’ve done to build trust is promising to answer any direct question honestly. Of course, I’ve also been mindful of providing developmentally appropriate responses, so some answers are very short, focused only on the exact question being asked without additional exposition. But I aim to avoid skirting around an issue, no matter how uncomfortable, and I don’t lie in response to any direct question.

Thus, when my seven-year old asked – just as we were pulling into the grocery store parking lot! – how a baby gets into a mommy’s tummy, I took a deep breath, paused to gather my thoughts, and replied, “Well, a daddy’s sperm joins with a mommy’s egg and then a baby starts to grow.” Satisfied, she said, “Oh, okay,” and hopped out of the car. But it clearly stayed on her mind because she announced fifteen minutes later in the middle of the store, “Oh, I get it! The sperm floats over to the egg!” I was embarrassed but didn’t want her to be, so I said, “Yes, you’re exactly right, honey,” before redirecting her attention to helping me find the Goldfish crackers.

We chose to allow our kids to believe in Santa, and we enjoyed the happiness the myth brought them. But when they asked me point-blank if Santa was real, I told them the truth. And when they asked why their aunt was getting a divorce, I didn’t deflect. Instead, I explained the complicated situation as best I could without oversharing.

It’s tough to be this vulnerable with kids. Since they have permission to ask any question with the expectation of an honest answer, I must be mentally prepared for whatever might come my way. And, of course, as they get bigger, so does the nature of the questions they ask. Now that my kids are teens, they ask about my experiences as a young adult, and I have to admit when I made choices I now regret. I hate that – and I always couch my honest answer with the insight I’ve gained over the years in order to show that I realize how my youthful poor decisions weren’t always wise. But in committing to honesty for the sake of building my kids’ trust in me, I don’t sugarcoat the past.

By God’s grace, I see this approach bearing fruit, and I regularly pray that it always will. Recently one of my daughters made a very foolish choice that could have led to extremely serious negative ramifications – and she hid her actions from me. Through what can only have been God’s leading, I discovered her lie and confronted her in love. I was just as upset over the lie as the broader situation, and I was able to say, “Honey, it hurts that you’ve lied because you know I’ve always promised to be honest with you.” That statement broke her, so to speak, because she knew it was true. At that point, we could begin – in honesty – to deal with the actual problem at hand.

Honesty is hard. But it builds trust for your kids’ ultimate benefit. Are you willing to commit to giving an honest answer to any direct question from your children?