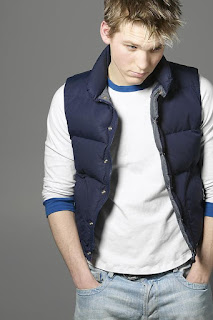 After my fourth year of teaching English to middle school-aged kids, I transferred to the neighboring high school. On my first day, I discovered that several students who'd been in my classes as eighth graders were on my rosters at the high school. One such student was Roberto.

Though he didn’t love school, Roberto was bright and energetic. His English skills were strong, and in middle school he regularly participated in group discussions and readily smiled and joked appropriately with his classmates and me. I looked forward to seeing him again.

But Roberto was different in the fall. He seemed naturally petrified on the first day – as did all the freshmen. Unlike his same-aged peers, though, he didn’t settle in. Within a couple of weeks – in complete contrast to the good rapport we’d previously enjoyed – he refused to do any of the work I assigned and devolved into disrupting my class with surliness or inappropriate commentary every day. Confused and a little hurt, I reluctantly sent him to the principal’s office a couple of times, but that didn’t seem like a real solution – and the more he was sent out, the further behind he fell. I finally chose a different course of action and set one desk at the back of the room, away from all the others. Privately, I told Roberto the desk was his – that he couldn’t join the rest of the class until he agreed to participate appropriately but that I wouldn’t send him out again if he didn’t cause disruption.

Every day for three straight weeks, he went right to his new desk without complaint, and promptly put his head down. When the bell rang, he left without a word. Though it was an improvement – and I knew he was listening to our class discussions even as he feigned sleep – I was still worried. I finally asked him to come after school to talk.

To my surprise, he showed up. But he stomped in, scraped chair legs across the floor as he sat down among the regular desks, and looked as if he wanted to punch something. As I finished a conversation with another student, anger rose within me. Who did this kid think he was? He’d been “my bud” before; I didn’t deserve this behavior from him. It was about time he knew it!

And then… I “heard” what I know to be the Holy Spirit’s still small voice in my soul, prompting me down a different path. The other student left, and I let out a deep sigh, then gently pulled out the chair next to Roberto. I put a hand on his shoulder and said as calmly as I could muster, “Roberto, what’s wrong? How can I help?”

And then – to my utter astonishment – his shoulders shuddered and he began sobbing. Not knowing what else to do, I simply kept my hand on his back and just let him cry.

After 10 minutes, he calmed down enough to talk. Turns out, he was completely overwhelmed by absolutely every aspect of high school, and the pressure he felt built up more and more every day. His disruptions were a cover for deep anxiety.

I reassured him that I – for one – was on his side and would help however I could. At the end of the conversation, he finally flashed a big grin, and I almost cried, realizing how much I’d missed that smile. When he walked into class the next day, he went right past his “detention seat” to his previous spot among his classmates and never disrupted again.

Sometimes kids do need discipline, consequences, and punishment. But sometimes they actually need us - our presence and an authentic listening ear. I couldn’t change Roberto’s overall circumstances. But because I listened, he knew he wasn’t alone. And just that simple act was a game-changer.