I Don’t Understand But I Trust You 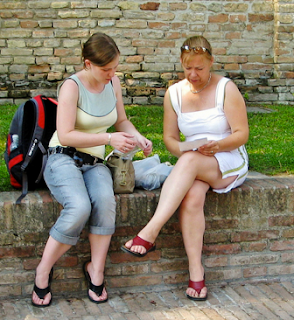 I wrote last time about the reality that “only a child’s parents are ultimately accountable to the Lord for their [parenting] choices” and that “absent a direct request or a case of clear, imminent danger, we need to respect that boundary.”

I firmly believe in those principles. But another reality is that we do live in community, interacting daily with friends, family, and others in our congregations, neighborhoods, and towns. And, though feeling entitled to opine about others’ choices is one troubling side effect of “social media culture,” the opposite end of the spectrum – feeling paralyzed to broach any potentially sensitive topic for fear of “offending” someone – is just as irksome.  The fact is that we shouldn’t have to feel so bound by “political correctness” that we can never ask questions or express opinions in the context of relationship.

But how on earth do we begin to strike the right balance?

I’ve parented my children almost to adulthood, and along the way I’ve made some choices that exist far outside the box of conventional thought while also choosing at times to follow social “norms.” So I feel capable of providing some guidance on this topic. And I believe these principles apply regardless of the specific “concern” – whether it be how/where a child is educated, a parent’s vaccine choices, dietary preferences, disciplinary methods, or any other parenting decision.

First, relational proximity matters. Thus, while close friends and some family and community members have a “right” to engage in these discussions, acquaintances, distant relatives, and “random strangers” on the street do not. In other words, we need to choose to refrain from criticizing or even commenting on choices made by those with whom we don’t have a significant relationship. For example, though my mother-in-law might be justified in wondering why my children aren’t doing homeschool lessons on a particular day, the woman at the park with her grandkids was out of line when she approached me, demanding to know, “Why aren’t those kids in school?”

Second, tone matters. Even if we have a “right” – by virtue of a close enough relationship – to ask about a parenting decision, we must still do so with respect. Perhaps, for example, I have a concern about my best friend’s choice to put her family on a vegetarian diet. Because I’m part of her inner circle, it’s not inappropriate to ask. But how I broach the subject is important. It would be wrong to say, “Sally, you’re ruining your kids’ health by cutting out meat!” But I could say, “Sally, I admit I really don’t know about veganism. Can you help me understand why you’ve gone this route?” As the old adage goes, we catch more flies with honey than vinegar – and we maintain more relationships with kindness than contempt.

Finally, grace matters most of all. Sometimes, though we’ve approached a topic in the right way and engaged in a positive and thorough conversation, we’ll still disagree with another’s parenting choice. And we have to be okay with that. We must accept the other person’s right to choose differently than we would, both because it’s the right thing to do and because we want to give the same grace we hope to be granted. In such situations, there’s really only one appropriate response: “I don’t understand, but I trust you.” If you love the person in question more than you love being “right,” you can do it.