A Surprise from the Politicians 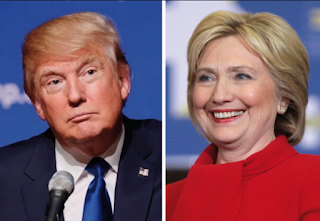 I’m writing the day after our 2016 presidential election. I stayed up past two in the morning waiting for the results and then watching Mr. Trump’s victory speech. I’ve kept our TV on in the background all morning and caught portions of Paul Ryan’s press conference before asking my daughters to pause their homeschool lessons in order to watch Mrs. Clinton’s concession speech and, later, President Obama’s summative remarks. And what most stood out to me in each case was the speaker’s tone.

I’m not naïve about the ways of politicians. I understand that some of the words spoken by each orator were actually veiled lies, and that others were undoubtedly delivered under protest – i.e., that the speakers forced themselves toward diplomacy even though they surely would have preferred harshness if left to their own natural inclinations. But I was impressed with each speaker’s conscious decision to consider the greater good and, thus, deliver his or her remarks with a measured tone. As one of my daughter’s said with some incredulity, “They all sound so mature!”

Obviously, that hasn’t always been the case lately – whether in this election cycle or in general, whether amidst the bureaucrats or among friends. Indeed, we suffer as a nation from a terrible dearth of civility, and it’s nothing short of tragic that mature discourse is so rare it takes us by surprise. We should be able to remember that “a gentle answer turns away wrath, but a harsh word stirs up anger” (Proverbs 15.1), and it’s appalling that we so often choose rancor. But let’s take advantage of the surprising tone set in all of today’s political speeches, and use it as an object lesson in our own lives.

For example, if we truly do aim to build and grow healthy relationships with our children, we must purpose to communicate well. Communication includes a number of components: an openness to listening, our facial expressions and body language, the actual words we say, and the tone with which we deliver those words. And as parents – for the ultimate good of our children – we must decide to actively pursue “best practices” in each case. Thus, we can follow the surprising lead set by the politicians today, choosing our words carefully, and consciously employing a measured, calm tone even in the midst of stressful situations with our children – and even when they (in their childish immaturity) do not (yet) respond in kind.

It’s not easy, but it’s possible. And – just as my kids and I felt led to listen once we realized the politicians were choosing kindness and grace – we’ll set the stage for healthy interactions in the process.